By William Oloo Janak | 8mos ago 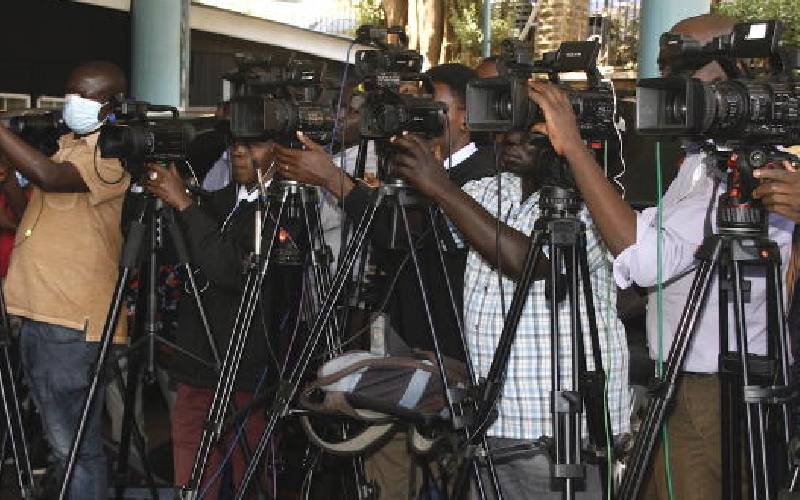 The World Press Freedom Day is marked every year on May 3 following a proclamation by the UN General Assembly in 1993 arising from a recommendation adopted at the 26th session of UNESCO's General Conference in 1991 in Windhoek, Namibia.

The day is set aside to celebrate the fundamental principles of press freedom, to evaluate press freedom around the world, to defend the media from attacks on their independence and to pay tribute to journalists who have lost their lives in the course of duty.

The global event will be hosted between May 2-5, 2022 by UNESCO and the Republic of Uruguay in Punta Del Este, Uruguay. The conference will address the digital era’s impact on freedom of expression, the safety of journalists, access to information and privacy and will develop concrete recommendations to address these challenges.

The theme of the event is: Journalism under digital siege.

“World Press Freedom Day 2022 will reunite relevant stakeholders such as policymakers, journalists, media representatives, activists, cybersecurity managers and legal experts to explore these issues and develop concrete solutions to address the threats posed by increased surveillance to press freedom and privacy,” says UNESCO in a brief on the global event.

As we mark this important day, Kenya Correspondents Association (KCA) wishes to call for greater awareness and protection of journalists from digital surveillance and other forms of threats to their safety and security during their work, and especially ahead of the August 9, 2022 elections.

We urge media stakeholders, government agencies, political and other actors within the electoral environment to commit to promoting press freedom and creating a facilitative environment for journalists to offer effective and fair coverage of the electioneering process and the actual elections.

We call upon journalists to demonstrate courage, renewed commitment in their work. We also wish to emphasise that media managers and owners have a duty to offer journalists and other media workers the needed support, including improved remuneration, especially to the correspondents who work in difficult environments.

We also ask media stakeholders to cultivate greater solidarity ahead of the elections through consultation and consensus on policy, legislative and regulatory issues. We ask the media regulatory bodies to exercise their mandate more judiciously within the challenging and sensitive electoral environment as any overzealous approach on their part may easily undermine press freedom.

As media stakeholders, journalists and media outlets, we have the important duty of serving Kenyans through critical and robust coverage of electoral processes to hold leaders and both levels of government, and other duty bearers accountable as part of our contribution the realisation of a more democratic and responsive leadership through these elections.