By Macharia Munene | 9mos ago

Two months ago, Russia invaded Ukraine in order to force Ukrainians to conform to Russian security concerns. It dislocated world economies, disorganised global geopolitics, and advanced realignments. No one, however, is winning. In war, winning for the attacker means the attacked's unconditional surrender failure to which the attacker is the loser.

Winning for those under attack means survival and making it impossible for the attacker to win; a stalemate is victory. The two conceptions of winning and losing are at play in Ukraine. Russia continues battering Ukraine but it has not achieved its objectives. The West supplies weapons and money to make Ukraine ‘survive’ and thereby appear to be ‘winning’ by not losing.

The West refuses to intervene physically and thus looks weak despite talking tough, supplying Ukraine with weapons and money, imposing sanctions on Russia, and calling Putin names. It lost honour because it never honoured implied NATO commitment to defend Ukraine.

It participates in turning Ukraine into a weapon testing shooting range. Russia’s Vladimir Putin loses because he has not won but he holds on because he has to win in order to win. Ukraine’s Volodymyr Zelenskiy is ‘winning’ because he has not surrendered and has grown in stature, fighting a ‘European’ war against Russia in Ukraine. As a ‘hero’ of the West, he addresses Western legislatures, entertains Euro dignitaries in Kiev, and even ‘advises’ other countries.

Two narratives make the rest of the world deeply divided. One group, promoting the Western narrative, looks at the act of invasion only and is vocal in condemning Russia. Another group examines the background and compares the invasion to similar instances of big power attacks on small countries.

Its alternative narrative has US decapitating Mexico and destroying places like Libya and Iraq. Not always successful, Americans lost because they ultimately did not win. In Vietnam, Americans reportedly never lost any battle but they lost the war because the Vietnamese held on and did not lose. Americans also left Afghanistan in similarly inglorious ways.

Previously, the Soviet Union had similar experience in Afghanistan after which Russia was humiliated in the break-up of the Soviet system and the emergence of potentially hostile neighbours. Since US President George H. W. Bush, had reached an understanding with Soviet leader Mikhail Gorbachev that NATO would not expand to Russia’s security doorsteps, Russia felt threatened when NATO rubbed the Cold War humiliation wound deeply in by ignoring the Bush/Gorbachev deal.

There are other likely ramifications of the war in Ukraine for Europe; geopolitical and financial/economic - certainty has disappeared. With increasing talk of re-evaluating the purpose of NATO, France is seemingly divided on the future of NATO. Germany, highly dependent on Russian energy, is hurting and is in a geopolitical limbo after Ukraine snubbed the German president.

Since no country is immune to the consequences of Ukraine instability, and all are hurting, there is sobering global experience, raising several questions that pressure each institution to recast itself. The United Nations Security Council Big 5, all guilty of having attacked small countries, are tainted and lack credibility.

Attention turns to the quality of leaders making decisions. Irrespective of the rationale, leaders are guilty of failure to think of the adverse consequences of their poor judgments. They fail the test of protecting and advancing core interests. The war-induced economic dislocations and power realignments are evidence of wrong-headed policy making by misguided ‘leaders’. 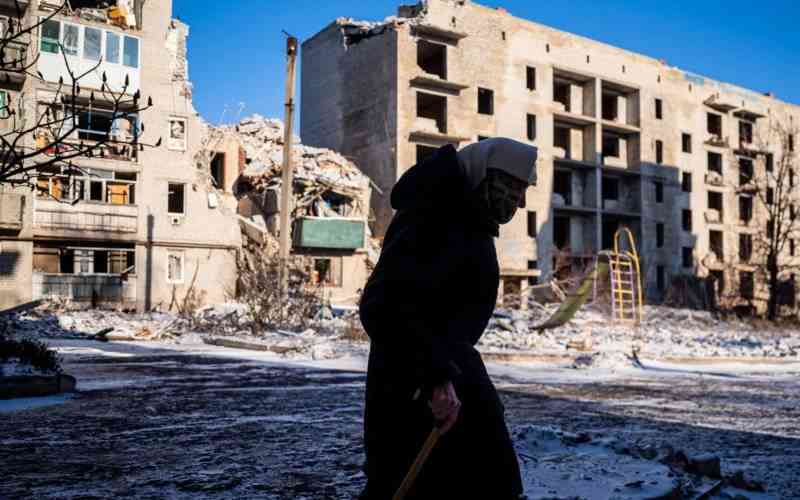 UK: Russia facing dilemma on where to focus in Ukraine
Europe
By VOA
29 days ago
.

Premium I am a mortician and married but women are dying to have me as their husband
NEWS
By Mary Imenza
22 mins ago
Childbirth: Should men be in the labour ward?
Living
By Peter Muiruri
22 mins ago
Police tea up
Cartoon
By Harrison Muriuki
1 hr ago
Premium Why there is no end in sight to soaring prices in Kenya
Financial Standard
By XN Iraki
2 hrs ago
.