Abuse of the Internet should be treated like pollution of environment

Indeed, it is now widely accepted that digitisation is crucial for the realisation of the goal of expeditious, efficient, flexible and responsive government processes. Our judiciaries are testimony to this. In the wake of the Covid-19 pandemic, courts across the region embraced virtual sessions, e-filing and electronic case management systems, resulting in improved efficiencies and cost-effectiveness.

But even as we celebrate the advances in social and human development linked to the embrace of digital technologies and the Internet, we must acknowledge the reality that they also have a ‘dark face or dark side’ as they carry with them significant risks.

It has become apparent that in politics, social media has at times been used to divide societies and polarise political systems through hate speech, incitement to violence, fake news and disinformation through social media platforms. This concern heightens in most African countries, including Kenya, during electioneering periods. Related to this is the use of digital technologies and the Internet for child abuse. This often takes the form of child pornography and child trafficking.

In such a context, governance of this brave new world becomes crucial. We should approach the ‘digital world’ as a global common or public good. Under such a conception, we would see the problems associated with digitisation and the Internet as ‘pollution of our common/shared resources’.

This makes it necessary to regulate development and use of digital technologies and the Internet the same way we do with pollution of the environment. This approach to the ‘digital world’ resonates with the influential and widely known concept of ‘The tragedy of the commons’ that was popularised by Garrett Hardin whose import is that ungoverned consumption or exploitation of a shared resource by individuals seeking to maximise their individual gain often has the consequence of running or destroying the common resource.

In such a context, the governance of the ‘digital world’ requires that we embrace governance mechanisms that are democratic, participatory, deliberative and inclusive. The aim should be to ensure that the Internet is a digital common that is used in a way that fosters respect for human rights, social justice and promotes transparency and accountability in governance and society.

The Judiciary becomes crucial in enforcing human rights standards and participatory norms in disputes regarding the justification, legality and proportionality of State measures geared towards regulating the ‘digital world’ such as ‘Internet shutdowns’.

Ms Koome is the CJ and President of the Supreme Court. This is an abridged version of her speech at the opening of the Southern African Chief Justices’ Forum Judicial Symposium on ‘Digitisation and Internet Governance’ yesterday. 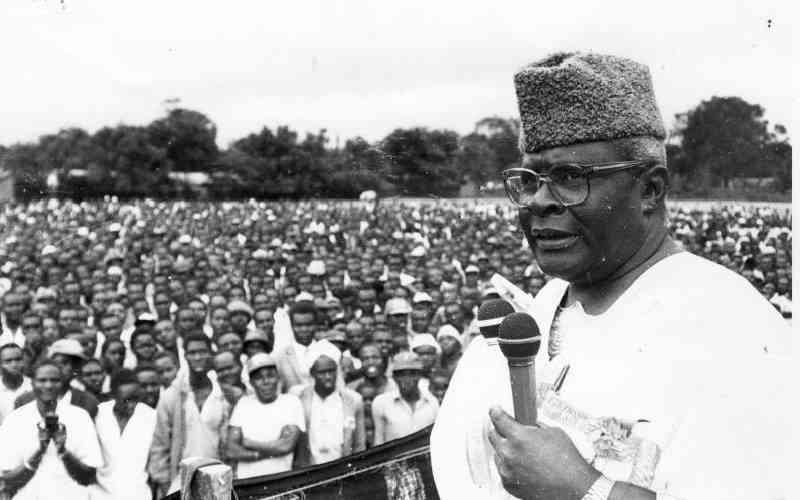 By Babere Kerata Chacha 12 hours ago
Premium Why is DP Ruto too sure of winning elections?