Even with hitches, UDA did well at party primaries

By Mike Nyagwoka | 5mos ago 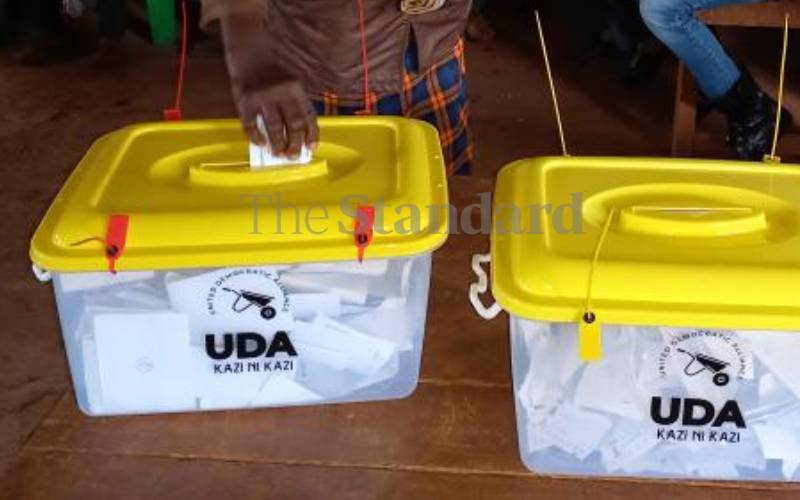 The number of bigwigs that were felled during the UDA nomination process is enough to lend some credence to the whole process despite its hitches.

The assumption had always been that the connected and moneyed bigwigs would use their influence to corrupt the process in their favour. Even if they did, few of us would have known. However, as it seems, they didn’t have their way. That’s how Linet Chepkorir alias Toto found her way past current Bomet Women Representative Joyce Korir and Jonathan Bii alias Koti Moja past Caleb Kositany and company. It was the same case in parts of Central region where Cate Waruguru was humbled by little known Amin Deddy.
Besides falling bigwigs, the UDA political process should also be given acclaim for giving birth to enthusiastic young leaders with the potential of finally making it to their targeted offices. This is unlike what we have witnessed in Orange Democratic Movement (ODM) party. ODM took a divergent approach to preserve its loyal diehards through direct tickets in most of its strongholds after a consensus process.

While each party has a right to choose what works for them, the reality is party primaries are slowly becoming even more important than the real elections. The nature of our democracy and particularly in the coming polls some party tickets are almost a guarantee of victory. Regardless of the few surprises that will be here and there, an ODM ticket in parts of Nyanza, Western, Coast or a UDA ticket in the Rift Valley is one step closer to success on the ballot.

For this reason, political patronage must be reduced and universal suffrage encouraged. If not, then upcoming leaders like Linet Toto would have no chance. Yet, Kenyans have made it clear they want the Linet Totos, the Eric Mutais and the Jane Njeris of this world.

If the situation remains the same in the subsequent polls, then it may even be prudent to involve IEBC or any neutral entity in the nomination process. In the UDA process, for example, a lot of genuine concerns were raised. pre-marked papers, clearly biased clerks and lack of security of materials among others. In ODM’s electronic process, there were fewer complaints mainly associated with passwords and network issues. The biggest downside and major complaint in the ODM process again is the limited number of positions above MCA that were subjected to the nomination process. However, the attempt to go electronic should be embraced and used as a yardstick for the future.

Without institutional support, there is no party with the capacity to conduct a nationwide nomination exercise. However, any party that attempts a nomination exercise on a wider scale has higher chance of winning the hearts of the electorate.

The writer is a news anchor at Radio Maisha.