Punish rogue boda boda riders as we ponder our cruelty

The assault on a female motorist on Wangari Maathai Road by boda boda riders and its aftermath revealed yet again uncomfortable truths about Kenyan society and the incompetence of our government.

We all know about the many ways in which our social fabric has frayed, but the video evidence of men engaging in despicable acts in broad daylight was still shocking.

How did things get this bad? The individual perpetrators of the assault bear full personal responsibility and should be held accountable to the full extent of the law.

However, even as we let the law take its course, we should also ask hard questions about the structural conditions that cultivates such cruelty. How did we come to normalise such grotesque abuse?

What is it about us that makes so many of our young men numb to ethical concerns?

These are questions that should occupy the minds of our religious, political and community leaders. We are not doing well.

And it will take deliberate action by each of us, with guidance and coordination from our leaders, to achieve the well-ordered society that we all deserve.

The aftermath of the assault has revealed some of the worst traits of our government.

The response was chaotic, to say the least. Reasonable people would agree that it is important to regulate the boda boda sector.

The criminality associated with the sector should be a thing of the past. However, it is also a major employer of our youth and, if well managed, can add to productivity gains in sectors as diverse as motor vehicle assembly, transportation and logistics, and agriculture.

Yet the government, in true fashion, choses to abandon the sector to chaos.

What exactly will the running battles with boda boda riders and the tough talk coming from senior officials achieve?

Did it have to take a gruesome assault for the government to realise that something was amiss?

-The writer is an assistant professor at Georgetown University 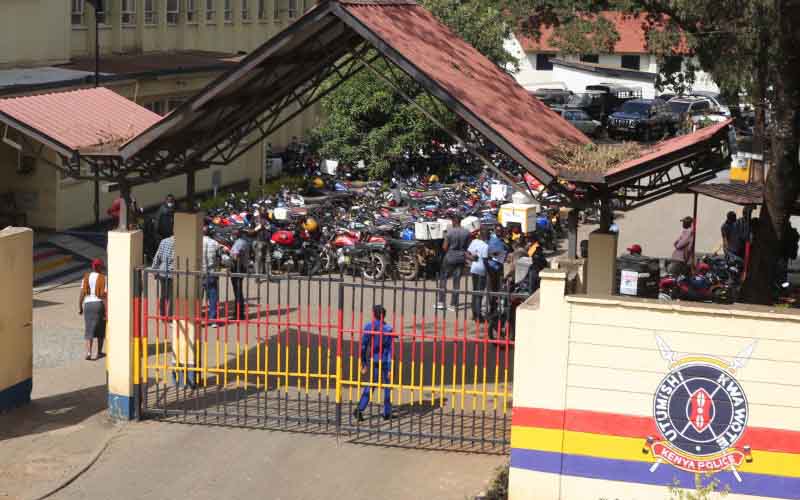 16 boda boda suspects to stay in custody
Police will detain 16 boda boda operators arrested in connection with a woman’s assault.
National
By Collins Kweyu
6 months ago
.

Woman on the move: Elizabeth Wathuti feted for climate change advocacy
Achieving Woman
By Peris Wambugu
40 mins ago
Premium From holding knife like a spear, chewing noisily and other don'ts of 'fine dining'
National
By Lynette Kwamboka
40 mins ago
World Championships: Adhiambo and Nekesa happy with their show at global event
Volleyball and Handball
By Ernest Ndunda
40 mins ago
Premium State's fuel subsidy programme leaves a deeply scarred industry
Financial Standard
By Macharia Kamau
1 hr ago
.

By Lynette Kwamboka 40 mins ago
Premium From holding knife like a spear, chewing noisily and other don'ts of 'fine dining'

By Ernest Ndunda 40 mins ago
World Championships: Adhiambo and Nekesa happy with their show at global event