Investing in elimination of FGM will boost socio-economic growth

Female genital mutilation is a harmful cultural practice with a high economic burden and life-long health consequences for survivors. The financial cost of healthcare for women living with conditions caused by FGM puts a significant strain on health systems and budgets, particularly in counties with high FGM prevalence rates. The negative health outcomes of FGM encumber women’s and girls’ ability to meaningfully participate in society, negatively impacting on their productivity and entrenching further the cycle of poverty and inequality that drives the practice.

Realising President Uhuru Kenyatta’s commitment to end FGM in Kenya by 2022, and the global abandonment of the practice by 2030, calls for additional resources to urgently scale up ongoing interventions that can prevent this harmful practice and reduce the impact of its attendant health complications. FGM elimination programmes that promote the empowerment of girls and women while ensuring adequate services and response for those affected and at risk of FGM can accelerate an end to the practice. Such investments include the provision of integrated services linked to health, education and economic empowerment as well as the strengthening of community surveillance and policing mechanisms.

As countries introduce more comprehensive anti-FGM laws and policies, cross-border FGM has emerged as a new trend among practising communities to evade prosecution. A recent study by the anti-FGM Board and UNFPA shows that the border areas of Kenya, Ethiopia, Somalia, Tanzania and Uganda have a higher FGM prevalence rate than the national averages. A costed action plan developed on ending cross-border FGM estimates that at least $13 million will be required to support efforts such as the development of a common regulatory framework and laws in the five countries, research and data collection, as well as advocacy at a national and grassroots level.

With commitments made at the Generation Equality Forum held in Paris in 2021, Kenya unveiled a roadmap for increased investments in ending gender-based violence and harmful practices such as FGM through the allocation of US$ 23 million by 2022, with plans to progressively increase the amount to US$ 50 million by 2026. The roadmap also outlines measures to strengthen research and innovation for evidence-based policy formulation and programming on GBV and FGM. These investments, coupled with an established legal and policy framework banning FGM, are part of efforts aimed at ending FGM.

While challenges such as the ongoing drought and the Covid-19 pandemic have increased girls’ risk of being subjected to FGM, progress in the elimination of FGM is evident as girls are one third less likely to be subjected to FGM today compared to three decades ago. However, this progress needs to increase at least ten-fold to deliver the presidential commitment. Globally, $2.4 billion is needed to eliminate FGM by 2030 in 31 priority countries that include Kenya. The estimate further suggests that the amount of development assistance expected to be spent in these countries from 2020 to 2030 is $275 million, indicating a resource gap of about $2.1 billion.

With increased investments, the work of grassroots champions, civil society and community-led organisations, and national bodies such as the anti-FGM Board can deliver the realisation of an end to FGM in our lifetimes. It’s indeed time to accelerate action and investment to end female genital mutilation in Kenya. 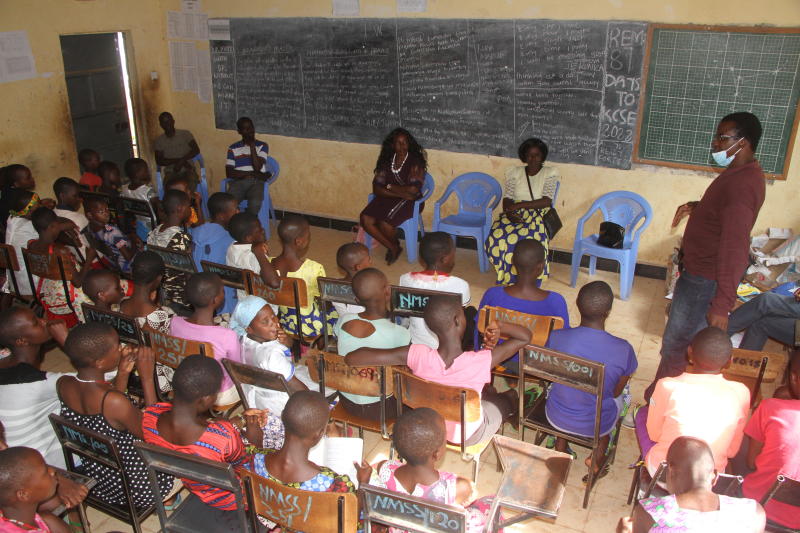 273 girls rescued from FGM last month reunited with families
Some 273 girls who were rescued after they ran away from undergoing the female cut have been reunited with their families.
Nyanza
By Anne Atieno
5 months ago
.

Premium 60pc of Kenyans confident IBC will deliver a credible election
Politics
By Patrick Vidija
12 minutes ago
2022 Presidential debate to be held on July 26
National
By Betty Njeru
19 minutes ago
Are the 40 days of corruption suspects finally over?
FEATURES
By Paul Ogemba
35 minutes ago
The rise and rise of Gabriel Jesus: From painting streets to scoring goals
Football
By Robert Abong'o
1 hour ago
.