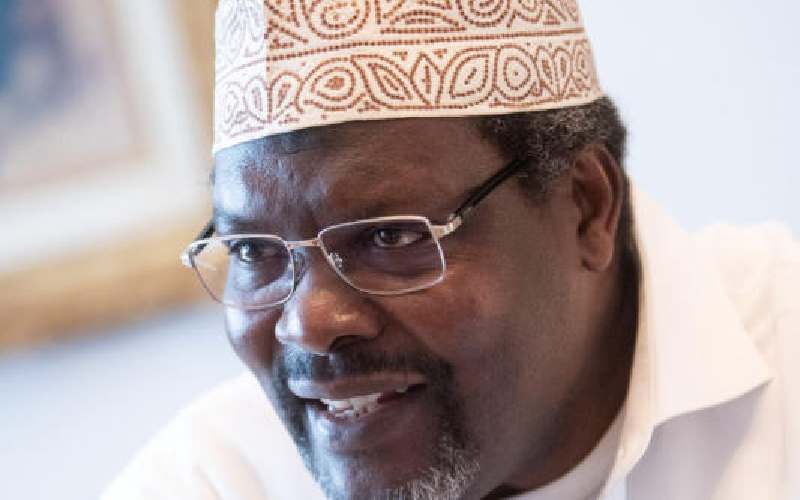 Kenya is increasingly becoming a society in which injustice thrives and justice is almost a foreign idea. Since March 2018, the State has violated the rights of one of its citizens, Miguna Miguna – a Kenyan-born lawyer and political activist – with impunity.

As everyone in Kenya knows, Mr Miguna was whisked out of his house in February 2018, detained incommunicado for five days before being forced out of the country in the crudest way known to man, and in bald disregard of multiple court orders.

Some Kenyan pundits of politics have come up with the narrative that Miguna is simply playing politics; that if he wanted to travel to Kenya he would do so. This is unfortunate; it’s an ineradicable dislike to facts.

The court has pronounced itself on this matter several times, in which it has stated that Miguna should be allowed to travel into the country unconditionally. The imposition of ‘red alerts’ is, therefore, a violation of court orders and amounts to egregious human rights abuse.

Nigerian writer and Nobel laureate Wole Soyinka once said, “the man dies in all who keep silent in the face of tyranny.” Kenyans from all walks of life must stand up against this act of impunity.

This is the second time an airline has refused to fly Mr Miguna to Nairobi, citing ‘other reason’ as the grounds. The first time, in January 2020, the same airline stated that it had received instructions from the Kenyan government not to fly him.

You cannot justify this travesty of justice; doing so amounts to excusing state tyranny and violence. Denying a Kenyan-born citizen access to his country tolls the death knell for the experiment that is the Kenyan democracy.

In purporting to deport Miguna on February 6, 2018, the Government violated the Constitution – which states that citizenship by birth can only be revoked (a) if it was acquired by fraud (b) if it is revealed that one’s parents were of a different nationality at the time of his/her birth, and (c) if it is established that the person was older than eight years when he/she were found in Kenya.

None of these applies to Miguna’s case. The violation of his basic constitutional rights is a reminder that Kenyan State has always been a proudly violent, rapacious and unaccountable idea.

Mr Miguna’s case is the latest example of the extent to which the Government is prepared to go to perpetuate its tyranny and violence. A country that is at war with its citizens is a country that has not only died socially, but one that is rent by political banditry and skullduggery.

They say that a conspiracy of kings must be answered by a conspiracy of the people. Kenyans must conspire to defend Mr Miguna’s constitutional rights in the way they see fit.

The most atrocious political sins in history have been committed by people who believed they had the support of the masses, at least the majority. If Kenyans don’t conspire against state violence and tyranny, they will soon be staring at ruin in the face; the state will certainly indulge in further human rights violations with impunity.

Mr Ouma is a journalism student at Multimedia University of Kenya. [email protected]

No hard evidence has been adduced to demonstrate the purported inefficiency, duplication of roles and waste of taxpayer money.

Kenya reports no Covid-19 deaths in the last 24 hours

On the Covid-19 situation today, 88 people have tested positive for the disease, from a sample size of 4,681 tested in the last 24 hours.

By Emmanuel Kiio | 16 hours ago

By Newton Ngugi | 1 day ago