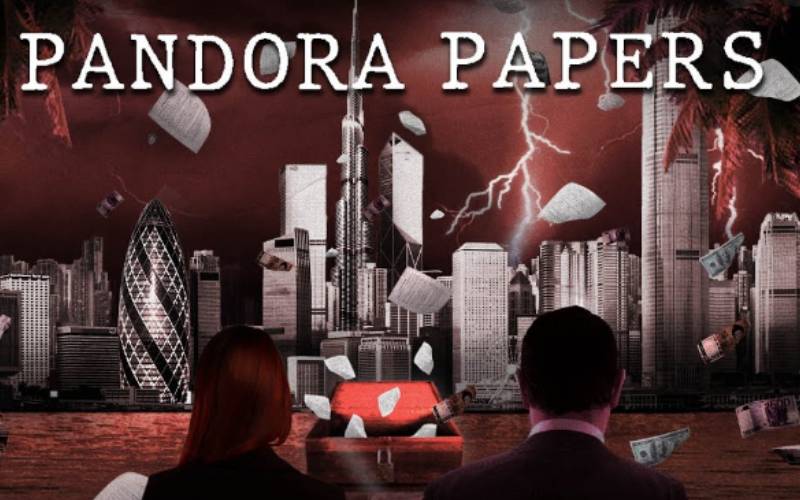 The adage goes: Never waste a good crisis. The Pandora papers, like Pandora’s Box, has unleashed a slew of controversies across the world and reignited the animated debate on what it means to be wealthy and to store wealth offshore.

Already in the US, there is much debate as to what amount of tax is to be levelled on the super-rich who own more than 43 per cent of global wealth. To put that in numbers, we understand 2,153 billionaires own more wealth than 4.6 billion people. That is a mind-numbing number.

In Kenya, the nation was lit ablaze with many an allegation. In classic Tanga Tanga fashion, a good crisis was not wasted. They have made it their point to ensure that as much political mileage is made from these papers. Which is brilliant politics in my view.

President Uhuru: I wasn’t linked to any offshore account in Pandora expose

They are desperate to shade the lord of corruption moniker and their way of doing so is spreading the mud around.

It is commonplace for any of them to say that if we are corrupt then what about this, that or the other. It is a good plan that works because we all did it in primary school. If you were caught making noise you would immediately sing out the names of fellow noisemakers as if that would lessen the pain of the cane. However, it is an effective narrative and Kenyans being Kenyans eat up such narratives whole.

Since we know what Tanga Tanga is doing, the question remains what opportunity exists on the president’s side? Now, it is anyone’s guess really on what he will say when he finally speaks after his self mandated seven days. But I’m my view, the answer to the riddle is in Pandora’s story.

Pandora’s Box as the story goes, was a gift given to Pandora by the gods and she was given strict instruction never to open the box. In classic human curiosity, she opened the box and let out untold evil into the world.

President Kenyatta should lift the lid on all Pandora boxes for all the political elite. He should use this opportunity to bring to light all the magnificent wealth these politicians possess and then ask the question “ulitoa wapi?”

When we created the wealth declaration forms, our hope as a nation was that there would be transparency and we would follow how the wealth of public servants grew. Instead it became a secret form that we filled voluntarily. This offers is a reset button, a return to the true spirit of wealth declaration.

For example, we know that President Obama is worth more than Sh7 billion! Most of it made in the time he was president to now. This knowledge is good because we know he made the bulk of it from selling books, giving talks and of course his TV and audio rights. He can explain his billions. The question is, can our politicians? I wager not and therein lies the golden opportunity. Let us all know!

Given our asset recovery laws, this would be a big win for our state. Can you imagine the impact? Politicians would run helter-skelter to explain or forfeit their wealth. It would be marvellous in our eyes and wonderful for our economy and even better for the fight against corruption. As they say kwa ground, katambe!

-The writer is a communication strategist

Kenya’s Covid-19 toll is still at 5,181 after no patients succumbed to the virus in the last 24 hours

Kenya needs a dedicated, highly knowledgeable and experienced CS, a team-player who will fix the perennial challenges in the Education sector.

By Pascal Mailu and Pauline Kedogo | 4 hours ago

By Patrick Amoth | 6 hours ago

By Lynet Otieno | 18 hours ago

We know what the Creator demands, let's do it
;
Feedback