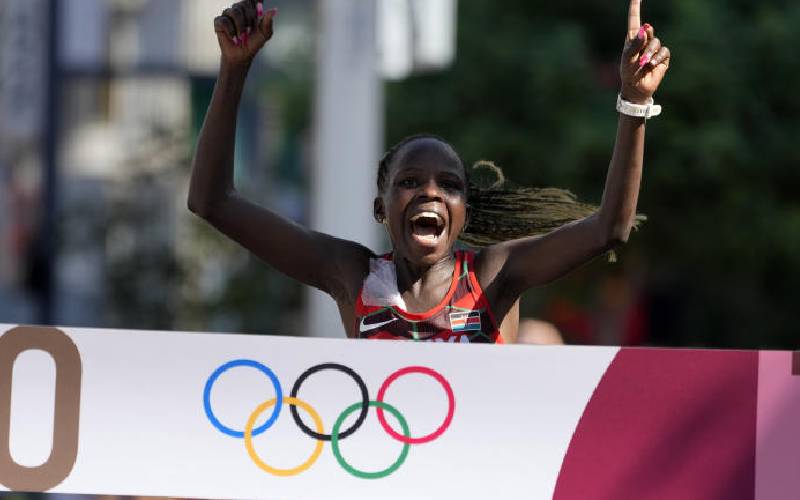 The just-concluded Tokyo Olympic Games had a lukewarm start for Kenya that raised fears the national team would perform dismally.

Social media was awash with predictions that the competition could turn out as the worst Olympic outing for Kenya. But as the games progressed, our athletes displayed better performance, which saw Kenya finish 19th overall with 10 medals – four gold, two silver and two bronze.

Although we did not surpass the 2016 Rio Olympic Games (six gold, six silver and one bronze), we feel our team performed well given the challenges occasioned by Covid-19 pandemic.

While the world’s biggest economies managed to put their teams under bubble training early enough, our athletes battled huge odds with no training grounds  ahead of the games.

Some of the top athletes, who went on to win medals in Tokyo, made desperate appeals to the government to open some stadiums for them. But that never happened on time.

That is no news. That’s what always happens. Ironically, these are the same officials who don’t seem to care much about how these athletes train for competitions.

Currently, there is no usable stadium in North Rift and South Rift, the high altitude areas where world-beating stars conduct pre-Olympic camps.

Construction of Kamariny Stadium in Elgeyo Marakwet has stalled since 2016 while Kipchoge Keino Stadium in Eldoret has been going through endless renovation.

The same is happening at Kipchoge Keino Stadium in Kapsabet, Kapsabet Showground and Kericho Green Stadium. The government has pumped billions into stadia development, but the athletes are yet to reap the fruits.

Due to lack of facilities, a number of athletes have been hit by motorists while training on the roads. Others prefer to train inside Kaptagat Forest instead of the dangerous roads. Sadly, a female athlete was gang-raped by illegal loggers there last year.

Two top Kenyan athletes were hit by motorists in separate training sessions. Geoffrey Kamworor, who pulled out of the Olympic 10,000m team, suffered a fractured tibia after being hit from behind by a motorcycle during a training run in Kaptagat.

Sammary Cherotich, a former World Youth 1,500m champion, was hit by a vehicle while on a morning run along the Iten-Kaptarakwa Road.

We should improve our facilities, support our athletes by all means and diversify our sporting menu. The Olympic Games comprise 33 sports disciplines but, unfortunately, we take part in only six.

To come out with our heads held high in the 2024 Paris Olympic Games, we must strategise today.

NewsDesk: President Uhuru congratulates the performance of team Kenya in the Rio Olympics 19/10/2016

New curriculum is doomed; let us just go back to 8-4-4 system

The approaches used to replace the 8-8-4 curriculum, and come up with a reformed education system, was defective, giving rise to severe gaps.

The Krapf monument located in Nyali, Mombasa, unveiled 91 years ago has a back story of an epoch when wifely duties and obedience of one’s church.

By Patrick Amoth | 12 hours ago

Rein in on rogue hospitals
;
Feedback