Malaria did not leave with Covid-19 pandemic, so let’s step up the fight to reduce rising deaths 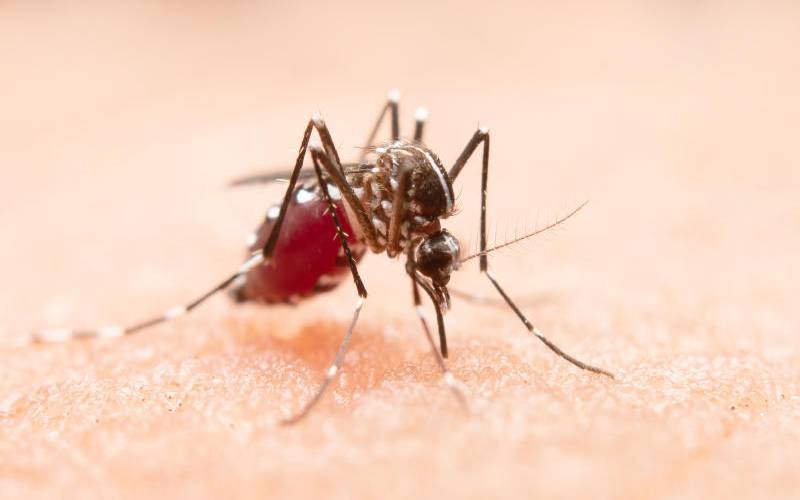 The buzz around Covid-19 seems to have drowned the buzz of mosquitoes; and that around malaria by extension. As it has been for a while now, Covid-19 has led to unprecedented disruption of economic and societal flow. Quite a flaw.

Perhaps a timely funny quip, that masking ourselves also masked the previous attention accorded to other killer diseases. Today is the World Malaria Day. Malaria is a killer disease. It contributes to more than half of infant mortality in Africa but still a significant killer in older age groups. According to the World Health Organisation (WHO), over 80 percent of deaths caused by malaria occur in Africa. Despite all this, the biggest hope lies in it being very preventable and treatable.

The grim statistics are not to imply that there are no gains made in the fight. WHO indicates that annual deaths caused by malaria have declined from over 800,000 at the end of the twentieth century to less than 400,000 in 2016.

But with the emergence of Covid-19, all efforts as regards malaria seem to have been halted. Combating malaria is based on three fronts: prevention, detection and treatment; which are economically denting. For over a year, governments and individuals have been redirecting their finances towards fighting Covid-19 and cushioning themselves from its effects. This means that the distribution of treated mosquito nets has been slowed or cancelled. Indoor spraying has also reduced. Should we be afraid? Let’s paint a picture. Covid-19 is claiming the lives of thousands of health workers. These are not just replaceable labourers. Health practitioners are a key resource; the bearers of the ingenuity we’ve been using in the war against malaria.

Perhaps it’s only the Mortein Doom spray that is known to many. Unbeknown to most, Mortein Doom has led or partnered in the war against malaria on numerous fronts. In 2015, Mortein Doom ran a social media campaign using the hashtag #WipeOutMalaria. It was a great drive that brought to light little known facts about malaria as well as fresh ideas.

Mortein Doom has also been part of educative drives at the community level to amplify the message that malaria is preventable and treatable. Covid-19 doesn’t seem to be going away anytime soon, but we must also up the fight against malaria.

-The writer is the Marketing Activations Manager at Reckitt Benckiser

WHO World Health Organisation Covid-19
Share this article on social

Let us uproot dupable immigrant recruiting agencies
Opinion
By Dennis Wendo
15 minutes ago
What would you like to ask your Nairobi gubernatorial candidate?
National
By Standard Team
19 minutes ago
Premium Sakaja's case proves one set of laws for commoners, and another set for politicians
Peter Kimani
By Peter Kimani
45 minutes ago
Kenya's fringe presidential candidates: What they offer in elections
National
By The Conversation
1 hour ago
.

By Editorial 21 hours ago
Let's not just speak Swahili; let's spread it to all corners of globe

By Ezer Nguono 1 day ago
Change the mindset, change the politics and change the economy