Mandera is at risk of being under Shabaab 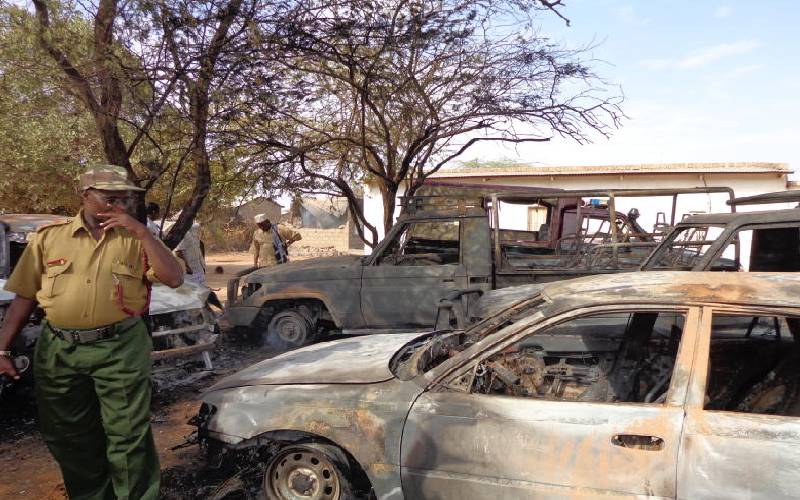 Fellow Kenyans, I have been forced to go public about the deteriorating security situation in North Eastern Kenya, and particularly Mandera County.

Our people are living in fear following the return of Al Shabaab militants, who have occupied strategic locations in the county and region. The Al Shabaab are getting bolder and more aggressive by the day.

What is it that we are not doing right as a country that our neighbours like Ethiopia are doing to have their borders free of Al Shabaab? A radical review and redesign of our security programme as it relates to fighting terrorism is required because evidently, we are failing miserably.

A serious security crisis is unfolding within Mandera County, caused by the undeterred movement of the terrorists within the county. This situation has been worsening over the last three months but has now reached unprecedented levels.

The terrorists have been collecting livestock by force from helpless pastoralists in the name of Zakkat (offering).

There is a need for change of approach in how we deal with this situation, otherwise, we will soon be under the rule of the terrorists. Already, Al Shabaab manages more than 60 per cent of Mandera with the will of the public suppressed by terror.

They roam freely and the public has been reporting about their movements (actionable intelligence), unfortunately, the situation has kept going from bad to worse.

The terrorists boldly film their actions and why they do this remains unclear.

Recently, Al Shabaab attacked an ambulance evacuating an expectant mother to the hospital, killed her husband and injured the driver and a nurse. Luckily, the mother managed to escape to a nearby bush. They later torched the ambulance that was owned by the County Government.

Omar Adan Buul, an assistant chief who was vocal against Al Shabaab, was abducted on December 18 and beheaded in the cruellest manner in Wajir County along the border with Mandera. His head was thrown into the bush.

A police post was attacked and a new building flattened by explosives. Mobile phone transmission stations are regularly attacked and masts felled, cutting off residents from the rest of the country and world.

Reports of security officers killed in the line of duty are on the increase. Highways in Mandera County are now controlled by Al Shabaab militants who harass travellers and target civil servants.

The government has failed to completely protect Northern Kenya from Al Shabaab. As it stands, the ugly truth is that Al Shabaab has taken control of over 50 per cent of the landmass of Northern Kenya. The public must now stand up and help the government, by all means, possible to get rid of this terror group.

If that doesn't happen, hundreds of thousands of youths will fail to access education as we will be forced to close schools. In fact, many schools at the moment do not have teachers and you know there can be no schooling without tutors.

Without schools, the result will be an increase in drug abuse and petty crimes like prostitution, among other vices.

President Uhuru Kenyatta has given us all the support that we need in terms of personnel, weapons and everything required to fight terror. The onus is on the security managers to put these resources to optimal and effective use. This is yet to happen.

The county government has no security mandate and hence our situation is as desperate as the public's. My government has given every support to the security teams on the ground, including paying Sh15,000 to each of the 333 National Police Reservists monthly, hiring over 15 vehicles for security patrols for the last eight years, construction of over six strategic security camps, and supporting security managers at the county level. With no role in security, we have shown unprecedented goodwill to support our security teams.

Recently, I sent my distress message to our national security managers. What followed was increased deployment of more personnel.

However, the increased presence of our security personnel has not deterred the movement of Al Shabaab in Northern Kenya.

The government should do everything to kick out Al Shabaab. We refuse to be ruled in independent Kenya by this militia.

Mr Roba is the governor of Mandera County