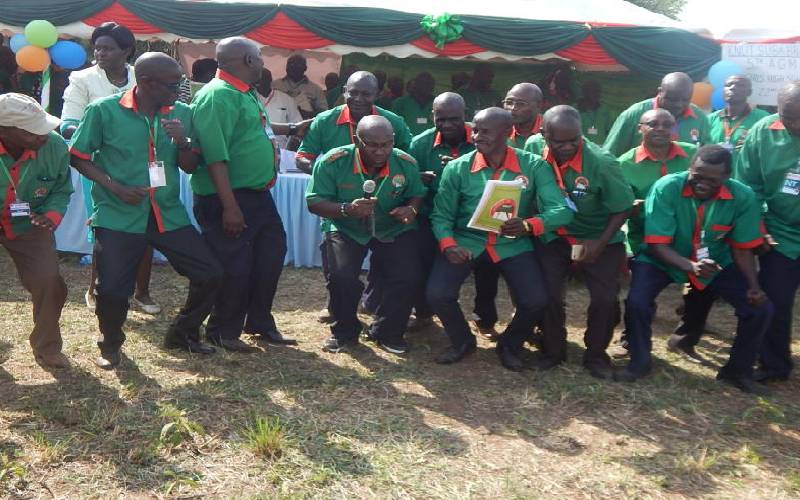 The Constitution and the Labour Relations Act provide for freedom of association. Every worker has a right to form, join or participate in the activities and programmes of a trade union.

The principal purpose of a trade union is to regulate labour relations between workers and employers. Basically, a trade union fights for better working conditions and remuneration for its members.

It advocates sound relations between employers and workers through the promotion and protection of freedom of association, Collective Bargaining Agreements (CBAs) and dispute resolution.

More specifically, trade unions negotiate for wages, work rules, complaint procedures, rules governing hiring, firing and promotion of workers, benefits, workplace safety and policies. The agreements negotiated by union leaders are binding on the rank and file of members and the employer, and in some cases on other non-member workers.

Union members are free to elect their representatives and formulate their work programmes. They may draw up their own statutes and administrative regulations as long as these statutes and regulations are not contrary to the Constitution, Labour Relations Act and international conventions, treaties and protocols, which Kenya is a signatory to.

However, in spite of a well-cut out the legal framework that operationalises trade movements, industrial relations system in the country is on the verge of collapse following deep and long mistrust by the employers, aggravated by gross violation of the laws in effect and Public Order.

One may argue that this collapse was preceded by a protracted weakening and decomposition of the main actors, especially the trade unions in the public service. The collapse is being orchestrated by a section of political strategists.

In flagrant breach of the Constitution and total disregard of laws, the employers have proceeded to engage in aggressive and belligerent activities – destroying industrial relations systems in order to remove potential trade unionists and professional negotiators.

Moreover, employers in the Education and Health sectors also intend to usher in a new system, partially by supporting the actors close to them – who dance to the tune of employers, and also by partially creating new trade movements – “friendly unions”. The goal is that the new system would be the partner of the government.

A sound industrial relations system and effective social dialogue are a means to promote better wages and working conditions as well as peace and social justice. As instruments of good governance, they foster cooperation and economic performance, helping to create an enabling environment for the realisation of the objectives of decent work at the national level.

The social dialogue covers, among others, negotiation, consultation and information exchange between and among the different actors; collective bargaining; dispute prevention and resolution; other instruments of social dialogue, including corporate social responsibility and the international framework agreement. The employers have ignored these important components of labour relations, hence rendering the entire industrial relations system dysfunctional.

Today, CBAs can be altered or suspended altogether without due process; policies and regulations are introduced through the backdoor in violation of Article 10 of the Constitution and Statutory Instruments Act; court orders, rulings and judgements are no longer observed or adhered to; there is little regard for the Constitution, Labour Relations Act, UN/ILO conventions, treaties and protocols.

In addition, trade unions are treated with contempt by the employers and are not taken seriously as workers’ representatives; tripartite meetings convened by the Cabinet Secretary for Labour are ignored, and worse, Salaries and Remuneration Commission (SRC) is unleashed to set salaries and allowances for workers without consultations with union representatives. This has greatly affected the labour relations system. Moreover, they are acts of provocation that should not be tolerated by law-abiding workers.

Some of these uncouth acts on workers have rendered unions for teachers, doctors, nurses, clinical officers, university lecturers, non-teaching university staff and other trade movements in the public service to purposeless, impotent and ineffective.

Article 2 of ILO Convention No 98 provides that workers and their unions shall enjoy adequate protection against acts of interference in their establishment, functioning or administration.

Moreover, the article establishes the total independence of workers’ organisations from employers in exercising their activities. Workers shall have the right to join unions of their own choosing without any interference from the employer.

Coercing trade union members into leaving the union constitutes a serious violation of Convention Nos 87 and 98.

The ILO Committee on Freedom of Association considered that the distribution of resignation forms and the setting of a toll-free telephone line providing information on how to resign from a union constitutes interference in the internal affairs of the trade union.

The distribution of resignation forms to trade union members and one-on-one interviews to obtain the withdrawal of members from a union constitutes acts of interference and a breach of labour relations system – thus it is highly prohibited by ILO.

Mr Sossion is a nominated MP and Secretary-General of Knut

How much water should you give your cattle?