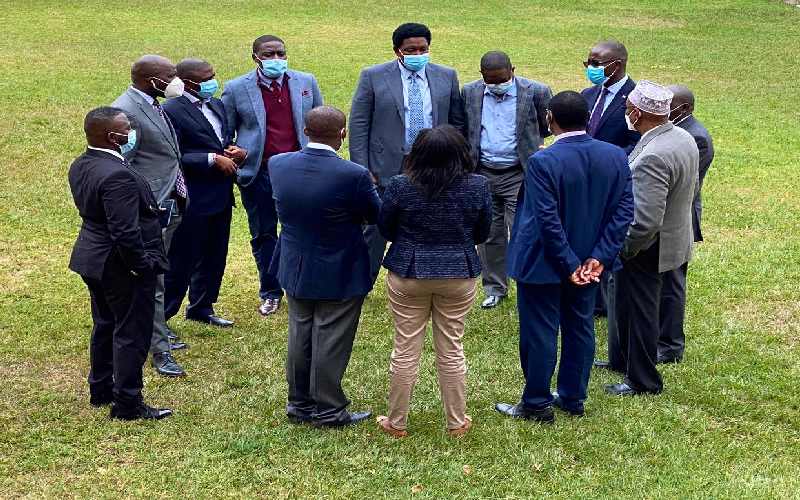 Many counties remain cash-strapped due to the revenue allocation debacle. Staff salaries in some counties have not been paid since Jun. Worse, essential county services such as medicare are in limbo.

The debate concerns how we allocate resources from the government to private citizens. This is a far-reaching question that pits the ‘one-man, one-vote, one-shilling’, led by the Commission on Revenue Allocation (CRA) and the ‘Team Kenya’ senators who opine that population has nothing to do with revenue allocation.

The ‘one-man, one-vote, one-shilling’ argument seems to contend that property ownership is a natural right, acquired by virtue of birth. To the extent that this is indeed factual, each Kenyan is naturally predestined to own property by virtue of being born, and the CRA basis of revenue allocation based on population makes sense. However, the allocation of national revenue as a function of ‘birth right’ is contestable.

Contrary to the argument that the fact of birth defines our rights to property per se, the laws and conventions of any particular state actually have an overarching impact on any individual’s rights to property. Without the law and order that is created by a country’s laws, no citizen would claim any right to property just by virtue of birth.

Our laws, for example, have established the Kenya Police Service that maintains law and order. The same laws have established schools, hospitals, roads, courts and other social amenities that all Kenyans are entitled to regardless of their status in life. As such, the Kenyan laws create the environment within which any Kenyan citizen can participate in society and amass property.

Such property is recognised as belonging to a particular citizen, not because of their natural right to it but because there is a system of laws based on which such property has been assigned a particular individual. The fact of being born therefore does not naturally assign property to any Kenyan.

The laws that we have set are what allocate property to individuals. It is only based on these laws that any private citizen can claim title to property. As such, while the revenue allocation debate lingers on, the right question should be, “How much of what belongs to Kenya should, according to our laws, we allocate to each county?”

The wrong question, which seems to supersede the current debate, is “How much of what belongs to a county (based on a flawed argument about population and birth right) should the county keep, and how much of it should the county cede for allocation to other counties?”

The first question is premised on the fact that property rights are assigned by our laws and not just by a natural algorithm based on birth. Unfortunately, the current debate over-emphasises the second, wrong, question.

The second question, which is being promoted by many of our leaders, is quite dangerous, especially for a low income country like ours. If we allow revenue to be allocated based on population, we could be myopic about any plans, for example, to improve the economic situation of sections within our country that, besides being sparsely populated, are economically marginalised.

As such, some Kenyans who live in such counties could remain perennially destitute and fail to get recourse in revenue allocation because of their small populations. If this is the case, how will we ever raise the standard of living in regions with low populations?

Put differently, is it right for one county to live in aristocratic opulence because it enjoys a high population while Kenyan residents of another sparsely populated county live in squalor? To what extent should the CRA allocate the national revenue in such a manner as to “bring down the top” so as to “take up the rest”?

These questions can only thrive if there is a general agreement that property rights should be allocated by reference to laws, based on set priorities and not based on an unquestionable argument about birth rights.

Further, if we adopt the mindset that property rights are not natural, this will accommodate the thinking about the good of our country in totality as opposed to sections of populations. This way, for example, we can apply the Gini ratio to evaluate the standards of living in counties and allocate “what belongs to Kenya” to each county based on its development plans and needs.

The effectiveness of the revenue allocation formula should therefore be evaluated with reference to its just allocation of property rights to raise our standard of living based on preset goals as opposed to how well it allocates the revenue based on the population of each county.

The Gini index, which is a statistical measure that evaluates income or wealth inequality within a country or social groups, can be applied to allocate revenue to counties.

CRA should strive to allocate the national revenue so as to assure common decency amongst all Kenyans regardless of their county of birth. This would guarantee a minimum level of decent life to all Kenyans.

Will Joe Biden live up to everyone's expectations?

Hungry for change: An open letter to African governments