To succeed, we must first experience failure 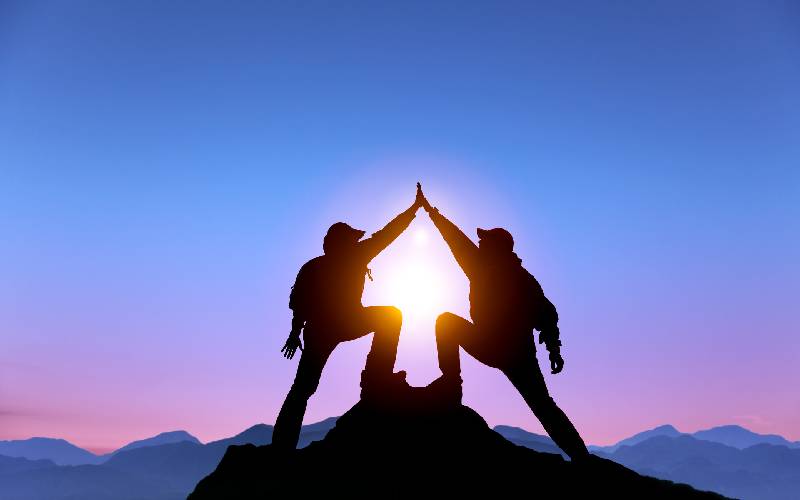 The greatest fear we have is the fear to fail. Yet failure is a prerequisite for success and growth. There is no success without failure. In fact, you need to redefine the whole meaning of failure and re-term it as “lessons, experience and growth.”

You need to condition your mind to prepare for failure. I do not know of a single successful person who has not failed so many times. I am a personal testament to the power of failure and I wear my failures as badges of honour. I speak proudly of the numerous times I have failed. If you can change the way you think about failure you will find yourself on the way to success.

I reflect on the lowest point in my life when I was bankrupt, unemployed, divorced with two children to support, and not a penny in my pocket.

I had the unquestionable faith that God was testing me. I had no doubt that he would lift me up again.

I looked at the people who underrated me because of my failure and realised that their opinion of me did not reflect who I was, or what I could become. And as I lived to watch them eat humble pie, I realised that, again, I was being tested.

Would I succumb to arrogance and vengeful behaviour? Rudyard Kipling put it beautifully in his poem “If” when he wrote that “if you can meet with triumph and disaster and treat both impostors just the same” then you are a man.

We all go through these difficult tests – perhaps in different intensities, but we will all be tested by failure. How we react and deal with fear of failure determines how we succeed in business, personal relationships, sports and politics.

It is almost unheard of for a businessman to succeed in his first venture. Steve Jobs, the iconic businessman who started Apple, was kicked out of his own company for various failures.

He then came back and made it a success. Before a businessman can be successful, he will need to go through a trial and error period before he understands his strengths and weaknesses and learns not only about himself but his business. He needs to understand the market and the changing dynamics of business, product improvements, delivery, operations and the management of cash flow.

Most businesses go bankrupt not because they were bad businesses, products or management, but simply because they did not understand how to manage cash.

We have all seen failures in our personal relations. How many of us have lost our first loves?

We experienced betrayal, disloyalty, selfishness from partners and being taken advantage of. You do not give up and say I will never love again. Many people who were married with children have seen their marriages collapse.

In sports, you never learn from your wins, you are too busy celebrating. It is when you lose that you stop and reflect, what did we do wrong and how do we make corrections?

If we did the same in victory, we would probably realise how we could have done better, but then you were probably too busy congratulating yourself. It is largely from losses or failure that we learn.

In politics, losing is part of the game. How many times have you seen a politician losing elections and coming back to win? They come back more experienced with new strategies.

Uhuru Kenyatta is a classic example of turning failure to success. Iconic historical figures like Winston Churchill and Adolf Hitler all bounced back from defeats.

Abraham Lincoln lost four elections before winning and became one of the greatest Presidents of the United States.

Failure is not final. It is when you walk away from failure, do not learn from it and do not take advantage of it that you have really failed. It is still possible to snatch victory from the jaws of defeat. Look at our local example Raila Odinga. When he lost the 2017 elections, most people wrote him off saying he had spent his last bullet.

Within a few months, Raila returned with the “Handshake” and converted loss into gain. While he may not have won the Presidency, he has managed to bring himself back to the centre of politics and power.

If you examine your failures you will see how you create value for future success.

If you are sitting at home wallowing in self-pity over past failures, stop and appreciate that you had the courage to try. Your failures are your first glorious steps to success. Get on with it!