Do away with policies that threaten viability and survival of media 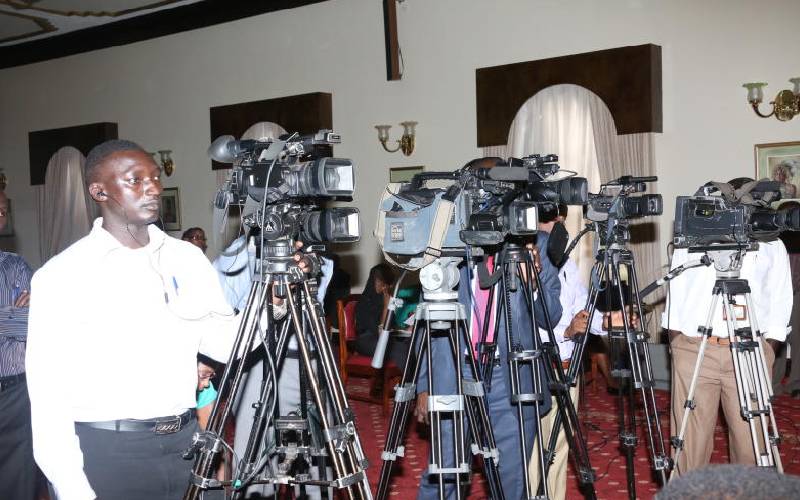 Despite the fear of a bleak future facing the media in Kenya due to various teething challenges, including the Covid-19 outbreak, the media will survive for the longest time.

It will surmount these disruptions through innovations but will need the government to create an enabling environment, including reducing commercial pressures.

Findings from a study by the Media Council of Kenya commissioned recently on factors affecting media viability in Kenya indicate that the legal and policy framework in Kenya does not support the industry in a manner that meets the viability indicators set out by UNESCO in its Media Development Indicators (MDIs).

Media in Kenya is not free and independent and falls short of the globally accepted growth indicators.

These indicators for viability are not limited to the presence of a supportive economic and business environment, the media labour market, the financial health of media operations, including advertising and market sustainability and contribution to national economy.

The comprehensive study makes a number of observations, including a call for dialogue between journalists, investors in the industry and the government to relook the media policy environment and legal regime, options for media funding and support from the public coffers, the involvement of government in advertising, taxes on printing and broadcasting equipment, government support to journalists training and cost of content dissemination.

The government has to make it easy for media to access quality and latest information, including from government-funded researches by public agencies. Government is required to strengthen public communication, which was also a key finding of the David Makali-led task-force of government communication.

There is also the issue of making it cheap for the media to access information through improving frequency and structure of sharing public information - as required by the Access to Information Act 2016.

A re-look of the Executive Orders creating the Government Advertising Agency in 2015 and the establishment of MyGov in 2017 is another key requirement.

The study established that media viability, defined as the ability of media outlets and media landscapes to produce high-quality journalism crucial for citizens to have stable access to reliable information, is lacking in Kenya. Data collected suggests that there are a number of laws and policies in the country that are prohibitive to media viability.

These factors call for constant, open and honest discussions between the government and the media that will establish an enabling environment for the media. The cost of gathering and disseminating news in Kenya is expensive.

In the long run, a law is needed on media and information literacy that will lead to people to appreciating and supporting independent media.

This can only be achieved through educating and creating structures for people to value and trust the media, investing in the industry to allow it to shape national debates.

The study, led by Dr John Oluoch, concludes that to ensure ownership of all the laws that relate to and are likely to operationally influence media practice and viability, participatory approaches to drafting Bills, policies and regulations should be maintained so that media practitioners are made to feel part and parcel of the laws and their subsequent implementation.

Lastly, it emerged that there is a need to ensure the word and spirit of various relevant laws actually guide media practice to ensure continuous viability across all platforms.

New business approaches and innovation are required to assure the media industry of a future, but more importantly, an enabling environment. In ensuring free and independent journalism, there is a need to deal firmly with entities that harass and intimidate journalists.