We can learn a lot from the politics of Tanzania 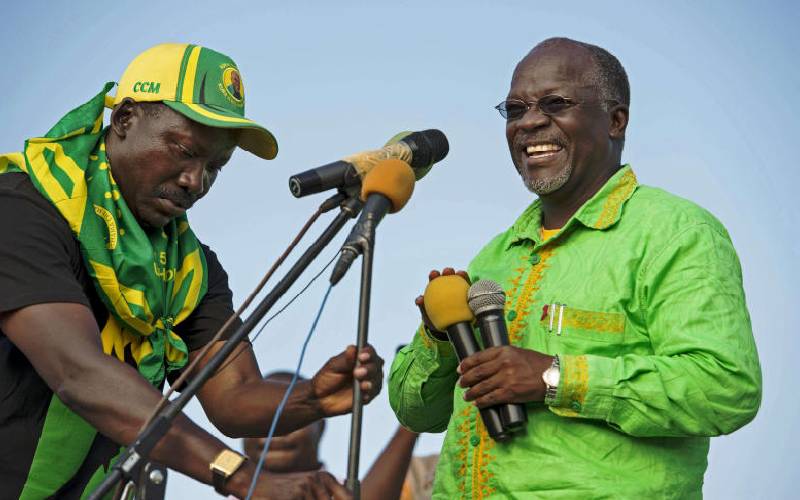 For the last three days, my family has been glued to the television watching the proceedings of the National Delegates Conference of Chama Cha Mapinduzi (CCM) in Dodoma.

It is a good opportunity to reflect on their politics and to juxtapose it with ours. My wife is Tanzanian and remains fiercely loyal to her country of birth. The conference had all the pomp and ceremony befitting a major political event.

What was really surprising was that opposition leaders were not only invited, they were allowed to speak. Augustino Mrema, chairman of TLP, Ibrahim Lupumba of CUF and John Cheo were all there. Can you imagine Raila Odinga being invited to a Jubilee Party summit before the BBI? Or for that matter, President Uhuru Kenyatta attending an ODM national delegates meeting?

Speakers dismissed the opposition as friendly opponents but the bile and animosity against the opposition, so common in our politics, was clearly absent. Such is the maturity or politeness of Tanzanian politics.

To understand Tanzanian politics one needs to understand the organisation of the CCM party. The party organisation starts at the Tawi level (sub-branch), then the Kata level (ward), Wilaya (constituency), Mkoa (province) and finally to the Central Committee. Any candidate requires the approval of the party from the Tawi level, then seeks approval at all other levels all the way to the province before being accepted as a candidate.

Approval is determined by the service, performance and loyalty that the candidate has rendered to the party. Even at the Tawi level, the party meets at least once every three months. Unlike our parties which come to life a few months before elections and die thereafter, CCM remains a vibrant and active party, which can bring out the party faithful during elections without having to pay them to vote. CCM has 15 million active party members. How can this party lose?

CCM is the grandchild of Tanu and the Afro Shirazi Party of Zanzibar. After the Zanzibar Revolution of 1964 the two parties merged into CCM. The party’s philosophy reflects the values and ideals that Mwalimu Julius Nyerere espoused. Nyerere despised tribalism, religious differences and corruption. He abhorred the use of money as a tool for political office.

CCM has moderated Nyerere’s aesthetic Socialist policies but has retained his values. Tribe is not a determinant factor in candidate selection. There is a silent understanding amongst the party chiefs that the presidency would alternate between Muslims and Christians every 10 years. Money has not yet become a determinant in winning elections. In the 2015 elections, former Prime Minister Lowassa lost the CCM nominations, ran as an opposition candidate and still lost despite having the support of all the wealthy donors. He is back in CCM.

President John Magufuli reminds one of old man Nyayo. He has just been overwhelmingly re-elected as the CCM flag bearer. He is a typical populist politician, complete with roadside declarations, often firing underperforming officers or contractors on the spot as he personally supervises government projects.

Magufuli recently asked the visiting King of Morocco to build a mosque in Tanzania. The king thought he had heard wrong. Then he turned to his translators to confirm that he had understood the president properly. What Christian leader would ask a visiting head of state for a mosque? Such is Magufuli.

Yet this same man doesn’t tolerate any nonsense from critics and is quick to sort them out quickly. He has little regard or respect for the personal democratic right to criticise leaders that we Kenyans are so sensitive about. For a Kenyan who remembers the bad old days, Magufuli scares me a little because I have seen how such populist politicians can so quickly slide into authoritarianism and dictatorship. The Tanzanians love him so who are we to judge? This is also the same man who detained our lost cows and torched our chickens.

Perhaps we have a lot to learn from our neighbours. We hoped that we would turn our political landscape into two or three main parties that represent the national (not tribal) interests and can accommodate different views on society, economic policies and social values.

We hoped to see Kenya, like the United States with the Democrats versus the Republicans, or the United Kingdom with the Tories against Labour. Looks like we all have to go back to the drawing board. Good intentions did not work out. We have to look at Tanzania and CCM and learn how we can unite the country despite our tribal, social and economic divisions.

By Editorial | 53 minutes ago

By Editorial | 53 minutes ago

Next government must take our health seriously

By Doris Kathia | 53 minutes ago

By Asande Felix Makori | 53 minutes ago

Karua has proved it Sky is the limit for our girls, women
;
Feedback