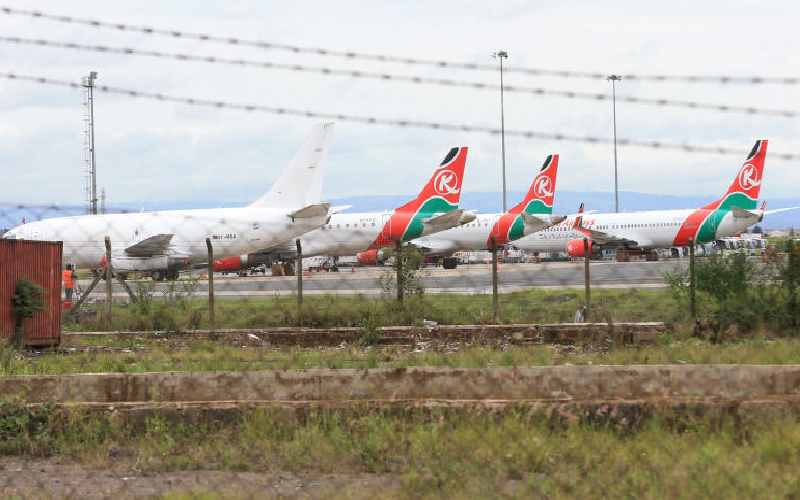 For the frequent and potential travellers across the globe, there is the question of when travel will resume and the Covid-19 effects. In addition, people are wondering if they will have to dig deeper into their plastic wallets to pay for flight tickets or, by some miraculous chance, that the tickets will cost less than they did before the scourge hit us. Countries have started easing their Covid-19 restrictions, rekindling the embers in the global aviation industry. However, uncertainty looms on how fast passengers will respond to flying again. The surest eventuality is that the pandemic will have an impact on the cost of air tickets.

As an aviation expert, I foresee differing scenarios that feed into the models used to determine the price of your flight ticket, and this is what will determine if you will pay less or more to get on your next business trip or vacation. Quality of comfort Let me begin by showing you how to set the price of airline tickets. The first step is analysing the basic constituents which include base fare, taxes, airport fees and fuel surcharge. Traditional airlines include meals, issue service fee, seat selection and baggage in their ticket price but low-cost airlines have them as options. Then, the airlines determine the type of aircraft to use for a particular route before deducing the number of seats available for the flight. These seats have different quality of comfort generally categorised into first, business, premium economy or economy classes. Within these classes, each seat has a different fare class dictated by rules and restrictions geared towards the need for airline to maximise their profit. Finally, privy to the fact that passengers are either leisure or business travellers, airlines apply consumer behaviour predictions to determine pricing models.

While business travellers are mostly certain on travel dates, leisure travellers are flexible. Initially, most of the airlines dispose cheaper fare classes to cover the cost of the flight and reserve more expensive classes for close to departure dates. These targets business travellers who have limited options of changing their travel dates. Seasons, public holidays and events determine the cost of flight tickets on a particular route as witnessed on the Nairobi - Kisumu route during festive seasons when fares rise sporadically. In my experience as a frequent traveller, Mondays, Fridays and Sundays are the most expensive days to travel while Tuesdays are the cheapest. Travelling on early morning flights and night flights are relatively cheaper. A general rule of the thumb in flight fare trends is that the earlier you book, the cheaper it is. Supply and demand plays a vital role in the establishment of the airline fares. Currently, the general mood among would-be travellers is pessimistic or cautious with their travel plans as a result of hygiene concerns, lockdown guidance and quarantine rules. In regard to demand, air fares might spike in the short term as locked down travellers emerge to reunite with their families and the general public start visiting friends and relatives.

SEE ALSO: Why KQ tenders are under the radar of investigative agencies

Thereafter, travel will reduce to bare essential and for sufficiently compelling trips. Expectant planes will be ready to ferry passengers though few people may be willing to take up the flights. For this reason, flight fares may remain relatively low. Competition is a key force in driving prices down as airlines outdo each other. We are likely to witness mass rebranding, advertisements and promotions coming with hot deals to entice travellers. Major airlines may offer budget fares. Since airlines are expected to take great initiatives geared towards taking people back into the skies they may have to subsidise fares to stimulate demand among cautious customers. Since labour costs are a major expense in the airlines, the ongoing shedding off of workforce has rolled out a domino effect towards cheaper fares as the airline operating costs reduce. Fuel is the largest variable cost in the aviation industry and the current global oversupply in the petroleum industry is a plus for airlines since lower cost of fuel will result in lower ticket prices. I expect cheap flights to be more prevalent as flight prices remain low for about 12 months while the general public regains confidence in air travel. For an ordinary traveller, the cost of the ticket during or post Covid-19 era should not be higher than the value of the associated risk. Airline fares will be subject to lots of fluctuation due to the uncertainty involved. My disclaimer however, is that Covid-19 seems to have a mind of its own, therefore in such uncertain situations, mathematical sureties such as pricing models become probabilities. - Mr Thendu is an aviation expert with over two decades of experience in air navigation services provision

Nationalisation: There's more to KQ than its aircraft