Children are always victims, it all goes back to parenting 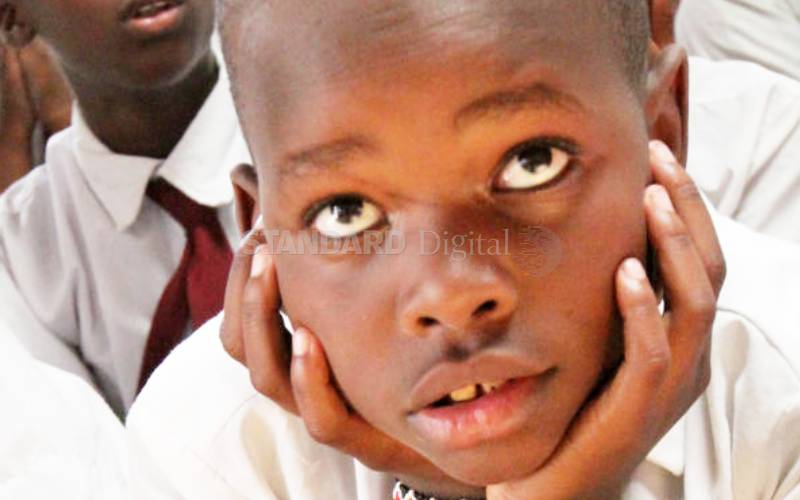 At the beginning of the year, Kenyans were shocked by a viral video of a drunk schoolgirl who confessed to having copied her mother’s habit.

The girl’s face was all over the place but the parent’s could not be traced on this video.

The following month, another rage-causing video of two men smoking bhang with a toddler did rounds on the Internet and we all wondered what happened to protection of minors.

Years later when this boy and girl look back at the Internet history and see how the society exposed them, will they be happy that no one came to their rescue?

That nobody shielded them from any negative exposure? When a man dies and a baby that he leaves behind becomes the centre of national discussions, what will the child say of the society when he is old enough to recollect his or her past?

The Kenyan parent has been exposed and the seemingly ever vulnerable Kenyan child has not been spared.

The aftermath is the usual question; who is to blame for the broken system that renders children victims of fast-evolving circumstances? As tough as it may sound, it all boils down to parenting.

In many cases, children have always been victims of circumstances. These circumstances include poor parenting, conflict, violence, abuse, natural disasters and migration.

It is widely accepted that parenting is not limited to giving birth, adoption or having the formal responsibility of taking care of children.

Anyone with an influential role over minors qualifies to be a parent. This may be disputed but you can thank your older brother or sister if they had to step in when your parents were not there.

No wonder some first-borns have always requested for recognition as co-parents, given their role in bringing up their siblings.

For you who had no parents but had someone to hold your hand through different phases of life, you will agree that parents are more than those who gave birth to us.

Children are very precious gems given unto any community. As long as you are alive; whether alone or both of you; whether you have adopted children, taken over some or whichever circumstance making you a parent, you have a big responsibility to bring them up and guide them in the way that they should go.

They are your core business, they are nobody else’s business as long as they are within your sight and close realm of influence.

It is quite unfortunate that alcohol, gambling, careers and the constant search for some form of fulfillment, just to mention but a few, has led many parents to abdicate their duties of bringing up the next generation.

This, however, does not stop the children from growing up. It just means they will follow their own found paths and be whatever they will be in life—based on all that they will pick from anywhere else.

With so many opportunities presented for developing and nurturing the young people, it is time to take our collective responsibility and ensure we lead them well. Advancement in technology offers us a glimpse of the vast amount of talent and gifts in the youth. It is therefore imperative that this energy and skill is channeled in the right course and given proper support.

Parents must be willing to take responsibility for their children’s actions but must first account for their own. The work of developing children into fine human beings starts at home. Teachers, external mentors, talent managers, church instructors and all other people who come into contact with children should have a secondary role of complementing and positively building on what has been initiated at home. Protecting children’s reputation should be a priority of anyone taking care of them.

If a child does well today it will be because they were guided well. If they lie and are exposed, it will be because they were led to do that. Often, the actions of parents and guiding principles play a crucial role in the outcome of the children’s behaviours. So when you see something in them, please go back to where they came from, it will help you answer some of the many questions you may have. Social environment and adult influence cannot be overlooked in children’s habits or character.

Guiding the youth has never and will never be an easy task because actions speak louder than words. The more parents preach water and drink wine, the more the children pick the bad habits. For you that say “don’t do as I do but do as I say”, majority of your actions will have their way as your say gets a minor audience on deaf ears.

I previously lamented that the problem facing many young people is lack of consistent role models, absence of genuine good examples and an ever-increasing presence of irrelevant illustrations and description of what life is.

Coupled with technology, the unfortunate result is that ancient legends and stories of heroes have become extinct. Religion, tradition, sound culture, moral authority, clear conscience and faith find no place in a mind-filled with false spiritualism, excess fiction and endless myths of self-gratification.

Nevertheless, since man went to the moon anything is possible and can be done. Parents can choose to take their rightful role in guiding children and the society can ensure we protect the children who always end up being victims of circumstances.

How to get your child to talk more openly