Don’t hold your breath, Kenya will not become another Sudan

Eid ul-Fitr concludes the month of Ramadhan, celebrated throughout the Muslim world with feasts, acts of charity, and prayers. In Khartoum and Omdurman, Sudan’s largest cities, the festival became a safe chance to protest. It became an opportunity to chant for what we in Kenya sometimes take for granted: women’s rights, media freedom, social justice and democracy.

Stepping away from the celebrations, one realises they have been no more than a momentary pause from the growing grasp of the military over the country. With a notorious paramilitary group back in the streets, millions now live like hostages in their own homes. Internet and telecommunications are down. The Central Committee of Sudanese Doctors reports 60 killed and hundreds wounded.

In response to recent events, Kenya Airways and other companies have announced on Twitter that they are suspending all flights to Khartoum International Airport. The economy is paralysed. Many countries called on authorities in Sudan to conduct an independent investigation and charge those responsible for the bloodshed.

Nevertheless, a more firm condemnation by the UK and Germany to stop the violence was blocked at the UN Security Council by China and Russia. As the country spirals into chaos, its people are becoming puppets in the tragic theatre play of a dysfunctional international system.

All these come after two months of hopeful demonstrators occupying the square in front of the military headquarters in Khartoum which led to the ousting of the President Omar al-Bashir.

During this time, tense talks were held between the citizens’ Forces of Freedom and Change (FFC) and the seven army generals of the Transitional Military Council (TMC). Will our brothers and sisters get to transition into the democracy we enjoy?

It seems unlikely. The TMC plans to hold a snap election within nine months. Experts warn that this would deliver only the facade of a democracy but really enable a regression back to the old regime.

The cause for alarm is well-founded: after months of discussions, the TMC has cancelled all previous agreements with whom they call “troublemakers”. The Sudanese Professionals Association (SPA), which leads the resistance, urged a campaign of “sweeping civil disobedience to topple the treacherous and killer military council” in response.

None of this comes as a shock. It’s much easier to undermine a democratic movement than to build one, especially in a place like Sudan, which had been ruled by one person for more than 30 years.

Is a similar turn of events likely to transpire in Kenya? The answer should be a resounding no. There is much more than 3,000km which separate the vibrancy and liberty of Nairobi from the oppression in Khartoum.

We have a Constitution in place that was accepted in a popular vote, appreciated internationally and respected by all political parties. We have a rich media landscape that isn’t afraid of criticising every figure in the country. We have a Supreme Court that does not hesitate to limit the forces of the Executive branch. The situation is far from perfect, and corruption still pervades our system, from the Judiciary through all levels of government. But our president has recognised this, and doing something.

Unlike Sudan, there is no single network of power that holds the reins of government. We have two presidential terms; no more. And elections are so competitive here, that as soon as one finishes, the political jostling starts for the next round.

Most importantly, the political leadership is cultivating a political culture of unity and tolerance. It is best reflected in his historical handshake between President Uhuru Kenyatta and former Prime Minister Raila Odinga. Make no mistake, the handshake doesn’t make disagreements disappear; it paves a civil and non-violent way for them to be addressed.

While we can be satisfied with and proud of our democracy, we cannot be nonchalant or trivialise it. We all remember how our country too fell victim to ethnic violence no so long ago in 2007/08. Just over a decade ago, unarmed men, women and children were killed over politics.

This thankfully is behind us now and it must remain that way, though it serves to remind us of how fragile democracy is. It demonstrates that a free society can only be built and sustained by all of us.

Let’s look at the misfortunes of Sudan and our own past and act responsibly. Let’s nurture our democracy by debating passionately but non-violently, by acting with kindness and with solidarity. Making sure this remains so is our collective responsibility.

Mr Machio is a HR consultant in Nairobi

Don’t be left behind by technological revolution sweeping the country 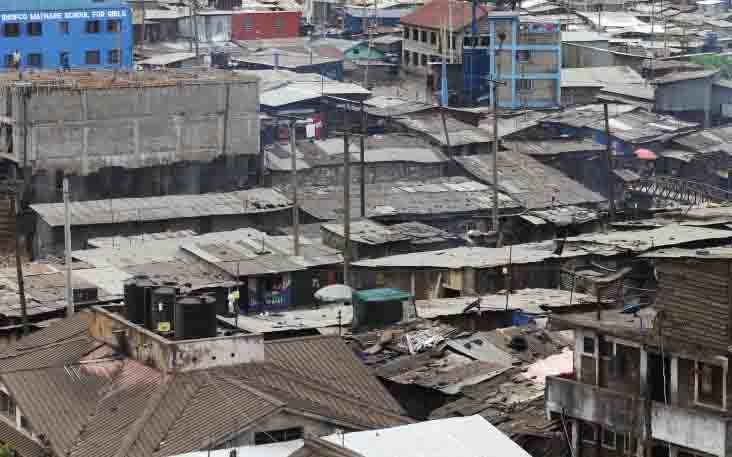 By Mohamed Guleid | 16 hours ago