As many participate in religious celebrations at this time of the year, our country, the Central African Republic, remains on the brink of religious warfare. In a place that most of the world struggles to find on a map, more than 2 million people, nearly half of the nation’s population, are in desperate need of aid.

As we write, approximately 40,000 people without shelter or toilets are crammed into the airport compound in the capital, Bangui. In just the past week in Bangui, hundreds have been killed, including patients dragged out of hospitals and executed. UN Secretary General Ban Ki-moon has said that he is “gravely concerned about the imminent danger of mass atrocities.” We fear that without a wider international response, our country will succumb to darkness .

As the most senior faith leaders of our country’s Christian and Muslim communities, respectively, we recognize our responsibility to help define a path away from violence. Our colleagues, priests and imams alike, have paid the ultimate price for taking on their own part of this responsibility, and we fear the worst is yet to come.

Violence erupted in March after the Seleka took power in a coup. This loose coalition of armed groups, largely Muslim, came from the Muslim-dominated north of our country as well as from other countries. For months, the Seleka pillaged and killed. Their actions generated retaliatory attacks by civilian, largely Christian groups who took up arms to defend themselves. When French troops arrived to help restore security, the Seleka militia, which had disbanded into various factions, fled north, disguised as civilians. Today, there is a very real threat of horrific reprisals against ordinary Muslims, who are exposed and vulnerable.

We are part of an interfaith effort committed to halting the slide toward further division and chaos. The conflict in our country is not, at its core, a conflict between Muslims and Christians; it is a humanitarian crisis provoked by political instability. But if left unchecked, it could become unstoppable.

We have been traveling the country, visiting hundreds of villages and speaking to countless people with a message of peace and reconciliation as an alternative to more bloodshed. On our travels, possible only with the protection of peacekeeping troops from nearby countries, we have witnessed a pervading sense of fear. Every day, bodies are found on the road or in bushes; we’ve met people who were in such a hurry to flee they didn’t bury their children.

We greatly appreciate the U.S. military and humanitarian assistance that supports the French and African forces. The aid and security forces have given our country the chance for a fresh beginning, but progress is fragile and these soldiers cannot shoulder this burden alone. We believe the most effective way to stop the killing is for the swift authorization of a UN peacekeeping force, which would have the resources to adequately protect our civilians. The United Nations should urgently move to approve and dispatch such a force. U.S. support for this force will be vital.

We recently met with the U.S. ambassador to the United Nations, Samantha Power, in Bangui and told her that the security provided by a UN peacekeeping force could give us the chance to safeguard our country’s future. With the help of UN blue helmets to secure our roads and our homes, aid and vaccinations can replace fear with hope — and can show a real peace dividend that would help us unite our people. A UN commitment to our country would allow us to focus on restoring coexistence between our communities.

Reconciliation and peace are possible. We grew up in an atmosphere of tolerance. We have a history of celebrating and respecting different religions, and Christmas and Ramadan are national public holidays. We need to rebuild our country and our social fabric, and we are counting on the United Nations to give us the chance to do so. Peace is priceless; we hope that the United States and the international community can help us achieve it.

This piece was written by Dieudonné Nzapalainga, Roman Catholic archbishop of Bangui and Omar Kabine Layama, imam and president of the Central African Republic Islamic Community for The Washington Post.

Back AFC and Gor for Stars to do well

Students of statistical theory will be well familiar with the concept of spurious correlation. Two seemingly unrelated events seem to happen in exactly the same way, even though we cannot see any obvious connection between them. 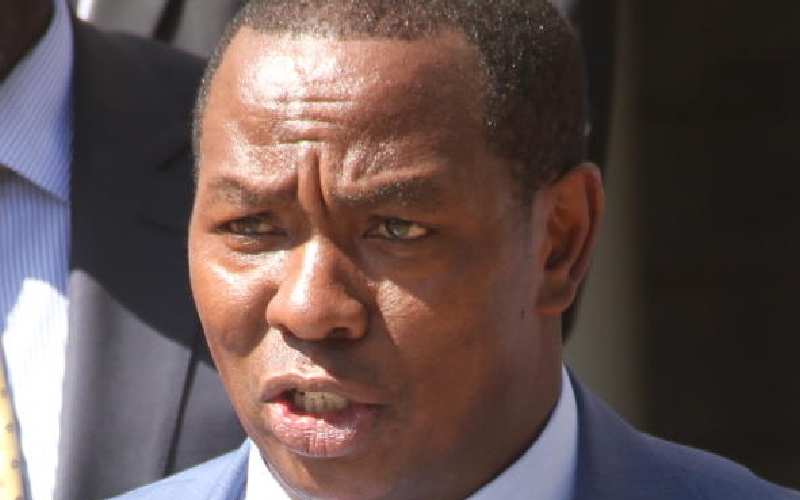 By Ndiritu Muriithi | 13 hours ago