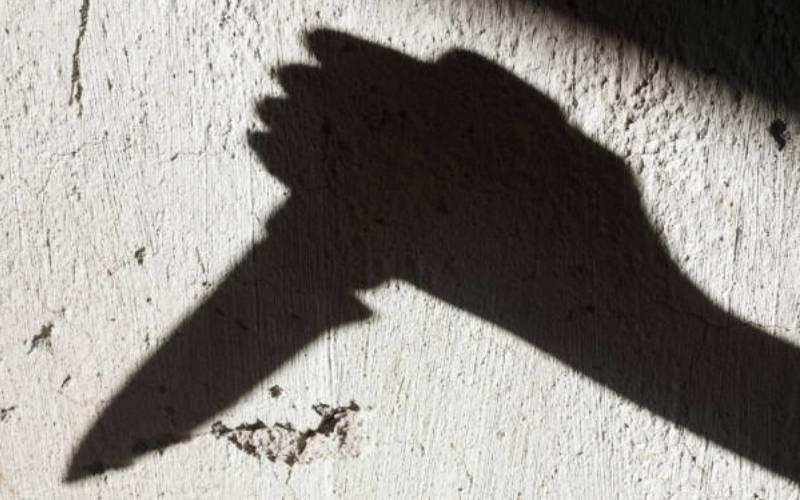 A businessman was stabbed to death by unknown assailants at Kokuro Junction village on Kisii-Migori road.

Jeremih Onyonya, 48, was attacked on Tuesday night at around 8pm as he closed his shop.

Yesterday morning, traffic flow was paralyzed along Migori-Kisii road for several hours after the residents barricaded the road. The residents were protesting the killing of the businessman.

According to Migori County Police Commander Mark Wanjala, the robbers, armed with a gun and other crude weapons, attacked the man and stabbed him.

“The attackers used the back door to enter the shop. He was rushed to Rapcom Hospital but died on arrival at the facility,” Wanjala said.

He said police recovered a G3 magazine and ammunition. “We have launched an investigation into the matter."

Wanjala said nothing had been stolen at the shop and the suspects are still at large.

Lucy Onyango, the wife of the deceased, told The Standard that the armed robbers used the backdoor to escape.

“The robbers came in through the back door and ordered all of us to sit down. They claimed that they were sent to take my husband,” she said.

Onyango said all the five men were dressed in police uniforms and had masks.

“After my husband realized that they were not police officers, he asked who sent them, but they started strangling him and later stabbed him. I was fighting the other man with the gun,” she said.

Twelve men from Homa Bay County were charged with assaulting police officers and obstructing them from discharging their duties.

Shamalla, 84, died on Wednesday morning, October 27, at his Malava home in Kakamega County.

By Isaiah Gwengi | 17 hours ago