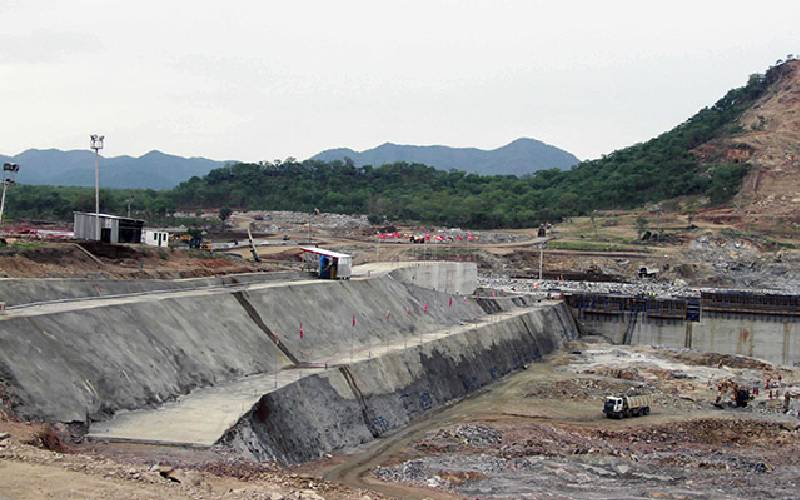 Every time it pours on the hills of Nandi, residents of the Nyando basin know it is time to pack and leave their homes, albeit temporarily. The situation could have been solved 60 years ago had the government executed plans to construct the Koru-Soin dam.

And with the rainy season approaching, ODM leader Raila Odinga has re-ignited the debate on the stalled talks over the dam’s construction.

Raila exuded confidence that despite the delays in the implementation of the project, it would come to fruition.

Raila, during his recent visit to Nyando, said of his father Jaramogi Oginga Odinga: “Jaramogi mooted the project idea and brought Russians who did a study on the project and designed how the dam would be constructed at Koru-Soin, and the River Nyando water regulated to Magwagwa in Sondu.”

His sentiments come amid the misunderstanding between residents and the government over compensation and the cost-benefit of the project.

For the past 20 years, the government has not reached an agreement with the residents of Muhoroni and Nandi over the implementation of the Sh40 billion project despite the National Water Conservation and Pipeline Corporation announcing in 2016 that the state had released Sh450 million. Of the money, Sh2 billion was meant for compensating landowners.

Last year National Water Harvesting and Storage Authority advertised twice for tenders for the project. The water is expected to be used to produce 1,000MW at Sondu and for irrigation in the Nyando basin.

Raila said Tom Mboya and a team visited Russia and cancelled the project, then brought in Americans who designed the Ahero Irrigation Scheme, which did not meet the standards. The situation has seen flooding remain a menace locally. “We want to revisit the project so that it becomes a multipurpose project as was intended,” said Raila.

The dam, a Vision 2030 flagship project set to occupy approximately 2,500 acres, is expected to irrigate between 1,800ha and 5,370ha farmland in Ahero and West Kano. It will also generate 2.5MW, an addition to the national grid. The dam is expected to supply 71.3 cubic metres of water per day to more than 1.7 million people.

The biggest beneficiaries of the project would be families living in Kano plains, some yet to overcome effects of flooding suffered earlier this year.

Raila, who spoke during the launch of Raila Odinga Ger Liech Secondary School, was responding to requests by Nyando MP Jared Okello for his intervention in the flooding menace.

Mr Okello said residents continued to suffer because government had not intervened. “We are going into the rainy season, and we would need excavators to open the waterways to reduce the impacts of flooding. But the construction of the dam would be the lasting solution,” he said. President Uhuru Kenyatta announced during Madaraka Day celebrations in Kisumu that he would preside over the ground-breaking ceremony of the project in his next visit to the lakeside city.