By Olivia Odhiambo and Isaiah Gwengi | 1yr ago

A woman who died on January 3 will be buried in a grave that was dug and tiled 23 years ago in Siaya County.

Alice Omondi, who died aged 89, will be laid to rest in the family compound, and next to the grave of her husband Bernard Habil Omondi, a doctor who died in 1998.

Hildah Ogutu, the first of her five children, described her mother as God-fearing and progressive. Alice was a registered nurse who had studied in the United Kingdom.

“She never wanted to be a burden to anyone upon her death. She was also a person of high standards and did not want the standards lowered in her absence. She prepared her grave immediately my father was buried. This was her way of preparing to join him,” said Ms Ogutu.

She added that her mother was widely-travelled, and together with her father ran a successful nursing home in Nairobi.

“The nursing home was jointly opened after independence by President Jomo Kenyatta and Vice President Oginga Odinga. She, however, shut the nursing home after my father’s death and moved upcountry, where she has been living.”

Ogutu said her parents had built a house in North Ugenya in 1967, where her mother settled in 1999.

“After moving up-country she started farming and also integrated with members of the community. She was a staunch Catholic, whose vision was to ensure every member of the church had a holy rosary. She would distribute them as she encouraged prayers. She is popularly referred to as ‘Mama Rosary’ in the village.”

The daughter said as Christians they were not constrained by any culture, hence they did not see anything wrong with their mother’s actions.

“To us, preparing her grave in advance was not an issue. We appreciate the fact that one does as they please in this life. So we do not see anything peculiar with her decision,” said Ogutu.

Tina Osoro, a neighbour, described Alice as a ‘serious farmer and prayer warrior’ who grew cereals and would often donate part of her harvest to the needy.

“I have known her for over 20 years. She practiced large-scale farming and as a result was able to hire many people to work on the farm and pay them. In a day she would hire even 60 people. Spiritually, she inspired many people,” said Ms Osoro.

North Ugenya chief Joseph Odhiambo said Alice would be buried on January 30, and that the family was waiting for three of her children to fly into the country. 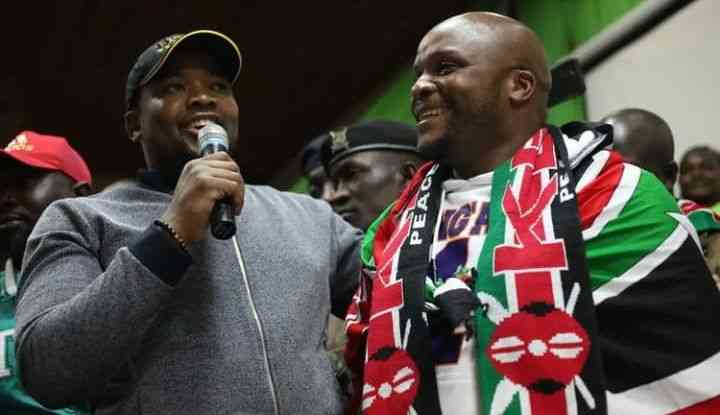