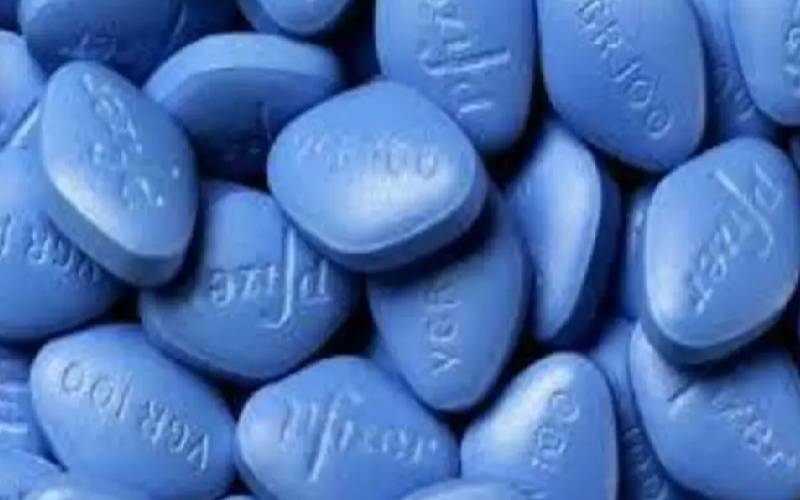 A 59-year-old man died in Migori after reportedly taking sexual enhancement drugs (Viagra pills) in readiness for his mistress who changed her mind in the last minute.

According to police reports, the man unaware that his mistress was in her menses, booked her at Urembo Bar in Ntimaru sub-county ahead of the merrymaking.

After booking the room, the deceased is reported to have bought for her 'mpango wa kando' bread and a soda at the bar as he waited patiently for the woman to finish eating.

Things turned for worse when the woman joined the man in the room and reported that she was in her periods and could not 'help him out'.

“The woman was experiencing her menses and was not aware his man had taken Viagra pills earlier,” police said.

The deceased started complaining of high fever before his condition deteriorated.

According to Ntimaru police boss John Losia, the deceased started groaning while turning upside down on the bed, prompting the woman to seek help from the bar attendant.

“The woman rushed to the bar’s attendant and asked him to check on the man whose condition had started worsening,” said Losia.

The bar is reported to have notified his family who came and took him to a nearby Mother and Child Health Centre hospital.

“They rushed him to a private hospital where he died on arrival,” said Losia.

The woman has been arrested as police begin investigating circumstances under which the man died.

All eyes on Nyaribo as he takes over as Nyamira governor