Man arrested with ivory worth Sh5.4m after tip-off in Migori

By Caleb Kingwara | 1yr ago

A 40-year-old suspected smuggler of elephant tusks has been arrested and detained at Migori police cell after he was found with trophies worth street value of Sh5.4 million.

The suspect was arrested by Kenya Wildlife Service (KWS) officers drawn from Narok and Migori counties who were acted on a tip-off from a member of the public.

According to Migori County Police Commander Manase Musyoka, the trophies weighing 54 kilograms were packed in sacks.

''By the effort of members of the public together with gallant officers from Langata KWS and Migori Kilgoris KWS team managed to net the tusks,” said Musyoka.

The police boss congratulated members of the public for giving the information that led to the arrest of the suspect.

“We want to urge members of the public to continue giving information to relevant authority dealing with illegal trades, the elephants are endangered and the future holds on what we do in terms of prevention—a collaboration between multi agency and members of the public are encouraged,” Musyoka added.

However, the county police boss declined to give details of the suspect saying that will jeopardise their investigation

Mr Musyoka noted that several reports have been made on illegal trafficking, adding that they have hope to confiscate more illegal good in cooperation with members of the public in Migori.

The suspect will be arraigned on Monday. 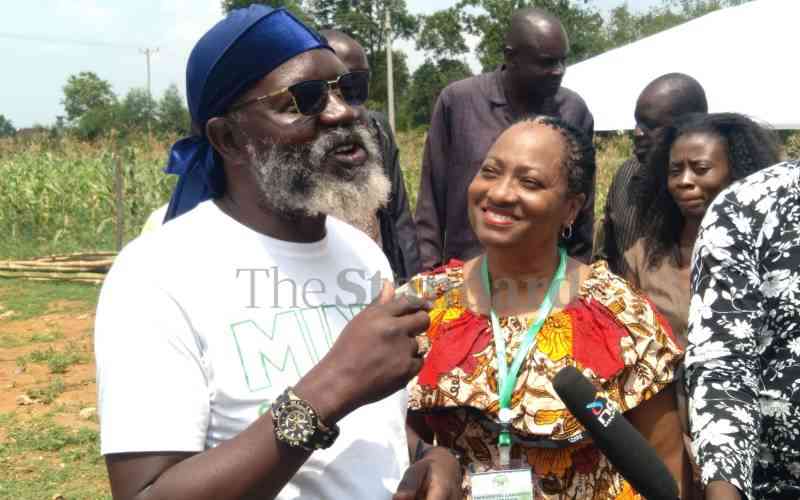 George Wajackoyah: I will not vote
National
By Stephanie Wangari
25 mins ago
Dance, vuvuzelas, and whistleblowing as Raila casts vote in Kibra
Nairobi
By David Njaaga
1 hr ago
Celebs in business: From Bien's new club to Moya David's beauty spa
Features
By Kirsten Kanja
1 hr ago
Premium Rice: How Uhuru negotiated Raila-Kibaki coalition government
Politics
By The Nairobian Reporter
1 hr ago
.