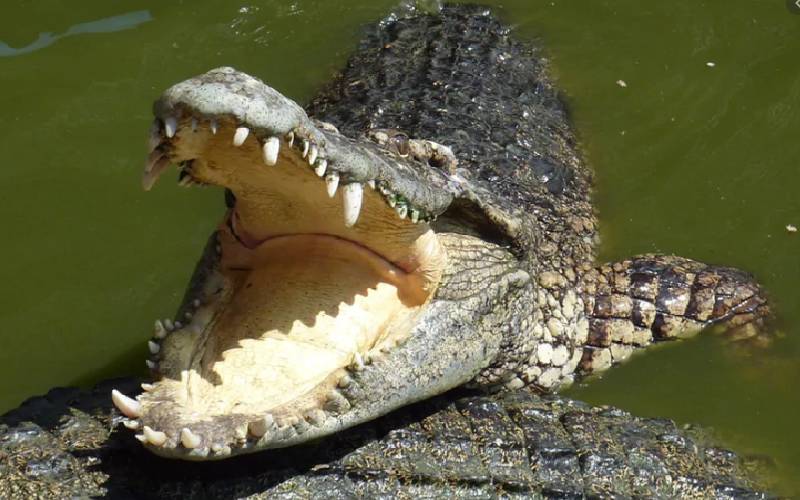 Locals have been camping at the bank of River Kuja in Ndhiwa, Homa Bay County since Friday in search of the body of a 37-year-old woman who was attacked and killed by a crocodile.

The reptile is reported to have disappeared with Millicent Akoth’s body after killing her before emerging from the water with the body clenched in its jaws and disappearing again.

Akoth had gone to fetch water when the large crocodile “pounced” on her throwing her in the deep part of the river before biting her, according to witnesses.

West Kabuoch Location Chief Joseph Ogur said the crocodile disguised itself as stone, making it impossible for the woman to notice it.

“The lady fell into the water and the reptile attacked her before it carried her body and ‘displayed it’ a few minutes later before disappearing with it,” said Ogur.

Locals say the reptile was last seen at around 4:30pm on Friday displaying the body before disappearing into an unknown part of the river at 4.30 pm.

The mother of three children was in the company of one of her children when the incident occurred.

Her family, friends and relatives, however, remain optimistic that they will retrieve the body.

The residents Manyuru village, West Kabuoch Location have complained of attacks by wild animals in the area.