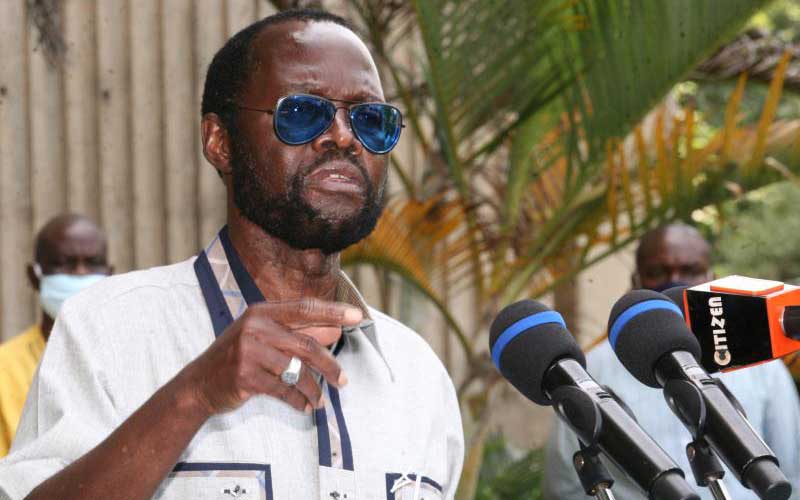 Residents of Kisumu can now breathe a sigh of relief after an industrial court ordered health workers to report back to work by Friday this week.

The ruling by Justice Nduma Nderi brings to a halt a three-week strike that had left operations in all public health facilities paralysed. Response to Covid-19 had also been grossly affected after the medics deserted isolation facilities.

Moments after delivering the ruling, union officials said they would comply with the court directives even though they did not agree with it. They complained that the problem had only been postponed, but not fully addressed.

Led by Deputy Secretary General of the Kenya National Union of Nurses Maurice Opetu and the branch secretary of Kenya Union of Clinical Officers Craus Okumu, the health workers said they would be waiting to see if Prof Nyong’o’s administration will pay their arrears by July 30 as ordered by court.

“We are not happy with the ruling, but we are law abiding citizens and we will direct our members to report back to work,” said Opetu.

According to the official, they will resume their strike after July 31 should the county government fail to honour the court’s decree.

Justice Nderi directed the county government to effect the promotion of workers by June 30 and also ensure that their arrears dating back to July 2019 was paid by July 30, this year.

The court, however, declined to declare the strike illegal. Early this year, the same court issued almost similar orders. Failure by the county government to implement them was part of the reason that compelled the medics to go on strike.

The county government through lawyer Kenneth Amondi lauded the ruling.