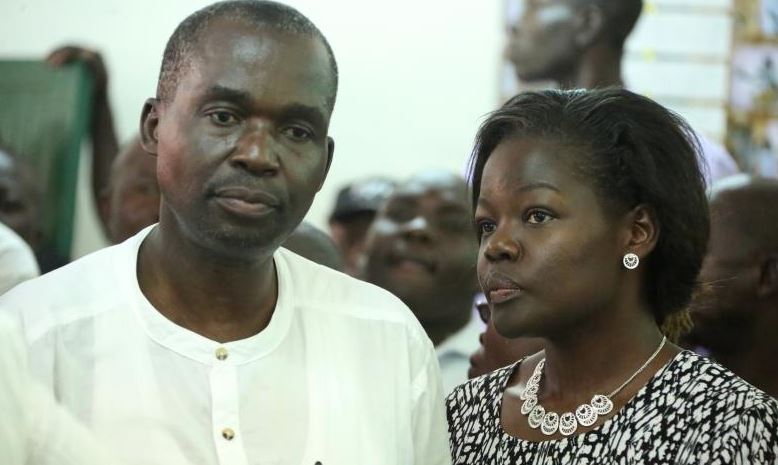 Former Rarieda MP Nicholas Gumbo (pictured) is back in the cold after his appointment as chairman of the board of the Kenyatta National Hospital was revoked by President Uhuru Kenyatta.

The president sacked Mr Gumbo through a Gazette notice dated April 22, 11 months after his appointment.

The decision to relieve Gumbo of his duties has sparked debate on social media, with many people attributing it to politics. He was replaced by George Ooko.

“In exercise of the powers conferred by section 7(3) of the State Corporations Act, I, Uhuru Kenyatta, President and Commander-in-Chief of the Kenya Defence Forces appoint George Opondo Ooko to be the chairperson of Kenyatta National Hospital Board, up to May 2, 2022 with effect from April 21, 2020,” said the notice.

Before his appointment on May 3, 2019, Gumbo had unsuccessfully contested the Siaya gubernatorial seat. He lost to Cornel Rasanga.

Yesterday, the former MP sent out a statement on his exit from the board.

“I wish to thank His Excellency the President most sincerely for having granted me the distinguished honour and privilege to serve our great nation in the capacity of chair, KNH Board, for the past 11 months. Similarly, I wish accept the decision to withdraw this honour with gratitude and humility,” said Gumbo.

Mr Ooko, who comes from Alego-Usonga Sub-county, holds a bachelor of commerce degree and a master’s in business administration from the University of Nairobi.

He is the immediate former CEO of the Coffee Development Fund. He was formerly a senior executive at Barclays Bank, now Absa, and NIC Bank, now NCBA.

“It is a matter of being professionally correct but politically incorrect,” said Mr Oriaro.