Police closing in on dangerous gangs in Kisumu

By Rushdie Oudia | 7yrs ago

Police in Kisumu say they are closing in on machete-wielding gangs that have been terrorising residents lately.

The revelation came even as details emerge of five machete-wielding gang members that are terrorising residents of Kisumu, especially wealthy ones who own palatial homes on the outskirts of Kisumu, Riat, Mamboleo, Ahero, Kanyakwar and Migosi estates.

According to residents, some of the gangs' activities are carried out in the early morning and evening time, especially in Kisumu Central and West constituencies. They attack people with blunt objects, or inflict cuts to the head.

The latest incident was last Sunday night where a body was found in Manyatta Estate's Corner Maji area with deep cuts on the head. This got the authorities fuming with Nyanza Region Police Commandant Willy Lugusa warning of action soon against the runaway gangs.

Mr Lugusa who spoke at his offices in Kisumu said one person, believed to be one of the leaders of the gangs is already in police custody and is helping with investigations.

"Currently, our priority is to ensure the children attending the National Music Festival are safe at the venue of the performance, and also where they are residing. After this, it will not be business as usual for the criminal gangs," said Lugusa.

Among his plans is to have an additional vehicle in Kisumu West, which has been hit hard by insecurity scare, and concentrate night patrols in areas where attacks are happening.

The Nyanza police boss observed that areas affected are expansive, with bad terrain but was confident this will not deter them from stumping their authority and weeding out the criminals.

"Our focus is on affluent neighbourhoods where the wealthy reside. This should not be misconstrued that the police are concentrating only on the welfare of the wealthy, but as a step in stopping the crimes in the area," said Lugusa.

In May, gangs sporadically mounted violent raids in social joints, leaving scores of people dead. Areas affected were Lela, which is a short distance from Maseno Police Station, Peacock Bar in Chulaimbo, Daraja Mbili and Ojolla estate, a stone throw away from the heavily guarded District Commissioner's office.

The latest and most common strategy they use to carry out their heinous acts is using a motorcycle to trail their target, attack, assault viciously, rob and get away using the same means.

If the victim is a motorist, he will be left for dead then his or her vehicle driven away and used to commit other crimes before being abandoned.

Their original motorcycle would be towed to pick them up after abandoning the car-jacked vehicle. Their choice points of attack are at huge, illegal speed bumps erected by the public.

A source revealed to The Standard how the five gangs are distributed across Kisumu West.

Another one is the Nyahera gang that works closely with similar gangs from Masana, Tigoi and others from Tiengre and Otonglo. They two main stores stocked with stolen merchandise.

Most of its members are from Kwamundhi and Kandalo within Nyahera. The criminal gang is alleged to have been behind the killing of the Maseno University don and his lady passenger near Bar Union School.

Then there is Kapuonja/Kwamundhi, being controlled by three men. It is one of these leaders in whose compound a car-jacked Mercedes Benz was found not so long ago. Some of them own police uniform, as it is one of the guises used by criminals. 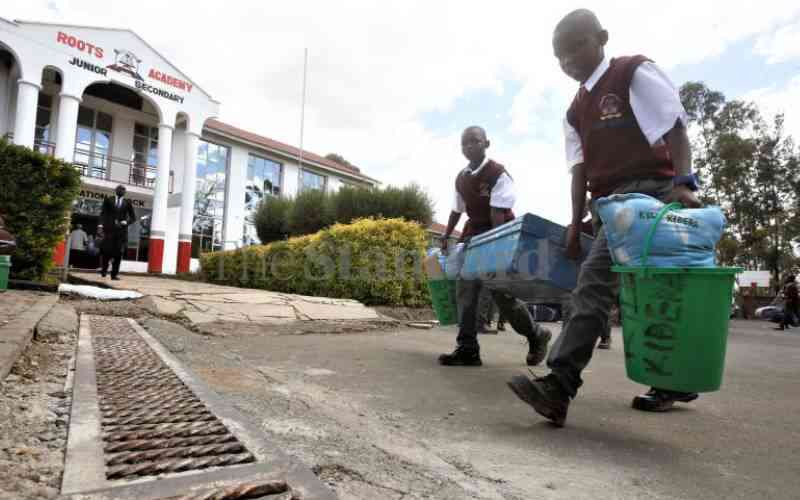 Schools asked to make Junior High affordable
Education
By Patrick Beja
1 min ago
Beyonce set to pocket over Sh30 billion from 'Renaissance' world tour
News
By Vincent Kejitan
58 mins ago
Eye patients turn to traditional medicine to get elusive treatment
Health & Science
By Nehemiah Okwembah
1 hr ago
CS Njeru says processing of title deeds in Narok to be sped up to end clashes
Rift Valley
By Mike Kihaki
1 hr ago
.