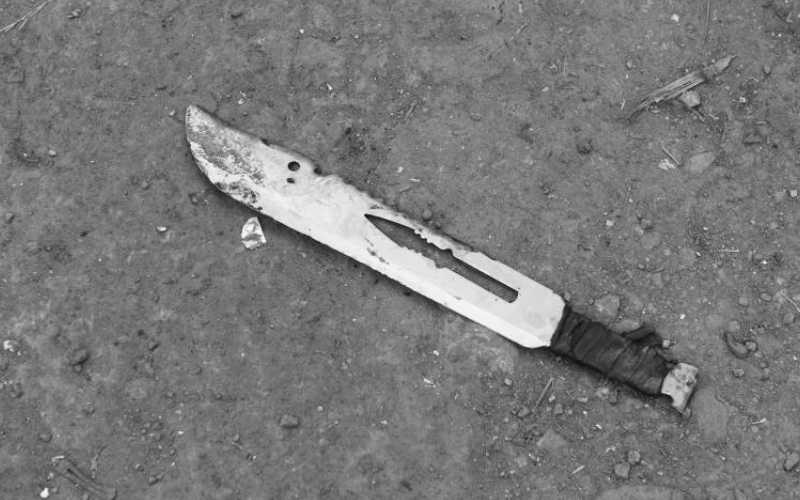 Fifty-six families at Pepo la Tumaini village in Bulapesa area of Isiolo on Friday escaped for their lives after a group of youths armed with machetes and other crude weapons attacked them and demolished their houses.
The group was trying to stop the families from settling on a 10-acre plot they claim was handed to them by the government in 1978.
According to the victims who consist of elderly women and youths, most of whose parents died of HIV/Aids that ravaged the village in the 1990s, this was the fifth time the gang demolished their homes.
They can no longer settle on the plot handed to them by the then district commissioner, identified only as Kangi, after they were forced to give up their land to pave way for the establishment of a school and a health centre in the area.
Janet Ntinyari, a victim of the ambush, said the heavily armed gang of approximately 200 chased away the elderly and threatened to kill anyone who stays on the plot.
According to the victims, tribal clashes that emerged in the area prevented them from settling on the land earlier, as they fled and lived in rented houses.
Any time they try to settle there, the armed youths demolish their structures. Ntinyari accused the police of inaction, claiming that for the fifth time, they had reported the matter to the authorities but no arrests were made.
Halima Zuberi, another victim, said that following the raid and demolition of their structures, they reported the matter to police and were advised to do the same at the Directorate of Criminal Investigations office in Isiolo.
But on their way back, they encountered the same attackers who warned the women to keep off the land, noting that they do not have the right to even be buried in Isiolo when they die.
Zuberi said the area would be witnessing development just like other areas if landowners were allowed to settle without fear of attacks. She lamented that Pepo la Tumaini area had lagged behind due to the constant raids from gangs.
They noted that the armed gang is not from the neighbouring villages and that the youth are being ferried from as far as Moyale in Marsabit County.
The residents said such is an indicator that some powerful individuals are interested in grabbing the land and want to ensure nobody settles on it.
Hussein Said argued that it is unfortunate that security organs are reluctant to beef up security in the area that neighbours Pepo la Tumaini Primary School to enable the rightful owners of the land to occupy it.
The disgruntled residents accused the Isiolo county government of failing to issue land ownership documents, hence creating a situation where unknown people force their way into other people’s property.
They are calling for speedy investigations into the matter, so that those responsible for mobilising, arming and financing goons to attack the residents to be arrested and prosecuted. The victims are also seeking protection from the government .

When mental issues break a marriage