The government has confirmed the country is now free from desert locusts.

Prof. Hamadi Boga, Principal Secretary State Department for Crop Development and Agricultural Research says the war on locusts was won with minimal damage to crops, pasture, and even the environment.

He says the most affected were pastoral areas. To completely control the desert locusts which invaded the country twice, in 2019 and 2020, Prof. Boga, says it took collaborative efforts of various partners, especially the Food and Agriculture Organization of the United Nations (FAO).

“The partnership saw to it that we had enough chemicals, equipment, and skilled personnel and developed a collaborative relationship with counties to make sure the menace of desert locusts was controlled,” he says.

Prof Boga was speaking at an event where FAO handed over the Migratory and Invasive Pests and Weeds Management Strategy, 2022-2027 to the government at Kilimo House.

Mrs Carla Mucavi, FAO Representative to Kenya lauded the strategy they had developed saying it will help in combating the migratory and invasive pests such as the desert locusts and others.

“This strategy is an important tool that will really guide how to manage the way we control desert locusts that invaded Kenya two years ago. It builds the capacity needed in order to fight future invasions. And, it is not only for desert locusts because, with climate change, there might be other migratory pests,” she says.

She lauded the government through the Ministry of Agriculture and all other stakeholders who together contributed lessons learned in order to equip the strategy, making it better to fight future invasions.

At the same time, Mrs Mucavi also handed a truck to the government saying it is a culmination of the good work they have done under the leadership of the government to control desert locusts.

She explains, “This lorry will enhance the capacity of the Ministry of Agriculture in providing the possibility to deliver equipment and inputs to the communities, which otherwise would be really expensive to hire.”

The truck that costs USD 170,000 (Sh 17million), is designed and equipped to transport particularly pesticides that are sensitive.

Prof Boga appreciated the truck donation, recounting that during the war on desert locusts, they had challenges transporting pesticides in bulk to various fields that were affected.

“There was a lot of pesticides in bulk to be transported to fight desert locusts. Some of the Lorries we had were old and struggled on the way, taking a lot of time to move pesticides and other equipment. So this lorry here is a precious donation and will be given to the division in charge of control of pests to strengthen their capacity for the long term to manage pests and not struggle like before,” he says.

“The only challenge is that some of these neighbouring countries have natural habitat for these pests, and that is why it is hard to get rid of them completely, but the capacity is there, especially in Ethiopia and Eritrea where these pests are common,” explains Prof Boga.

For those who were affected by the desert locust, the government is working on livelihoods support with the assistance of FAO and World Bank projects.

The government has already started transferring funds to some livelihood programs through the national treasury but there seems to be a legal problem associated with approvals in parliament for the money that goes to counties. So, right now they are looking for ways of handling the matter before resuming with livelihoods support.

Prof Boga cites a challenge in fighting desert locusts at the height of the covid-19, “At the height of lock-downs we really struggled to move chemicals out of Japan. It is important to strengthen local capacity to manufacture some of these inputs so that you are not too dependent on imports.” 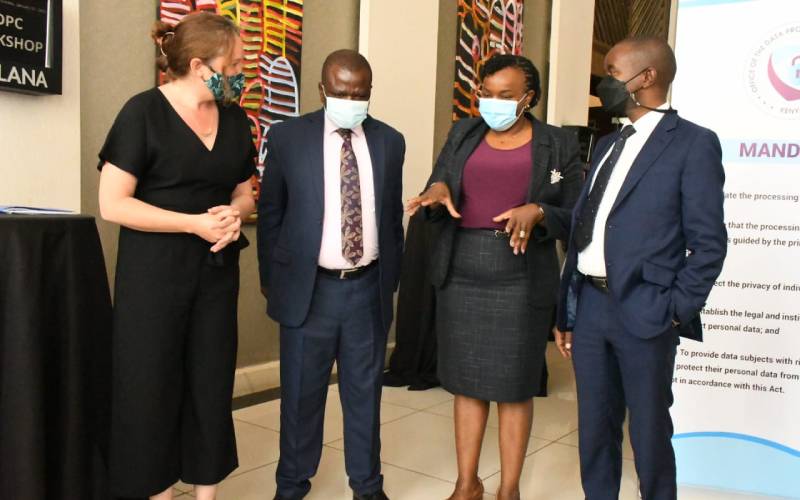 By Nancy Nzau | 52 minutes ago