Coffee farmers plea with the government to rein in Sacco 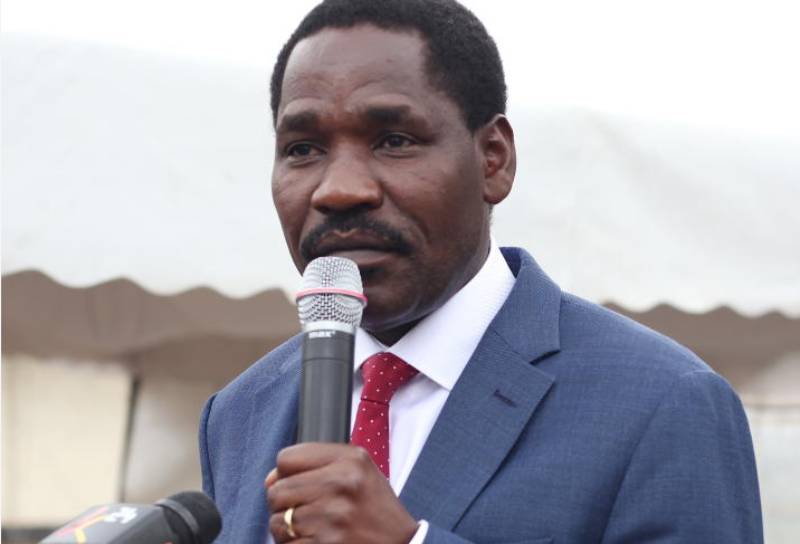 Most them came from a little-known coffee cooperative society in Murang'a called Thanga-ini Cooperative Society.

The farmers from that society have waged a seven-year war against the society which they accuse of exploitation.

They want out of the cooperative society. Some of them who were interviewed, said they are being forced to stay put.

Let's transform agriculture to produce enough food for all

The members allege gross mismanagement of the society’s finances, assets and human resources, sham elections and a compromised team of cooperative officials from sub-county and county levels.

They also claim the distance from the three factories to Thanga-ini town where the society is headquartered, is a punitive eight-kilometre walk.

Elderly farmers find it difficult to walk there and are forced to hire taxis or boda bodas, if not they miss important meetings.

According to Nathan Ngonjo, a member of Mathare-ini factory, the society management is also making deductions on their coffee earnings which are unacceptable.

“They make a statutory deduction of 20 per cent from our total earnings but this money is never properly accounted for,” Ngonjo said.

“Our factories are dilapidated, and simply put, the chunk of money they take cannot be accounted for."

The farmers have now written to Mr Munya demanding a dissolution of the society.

The letter has been signed by Ngonjo, a Julius Githu of Nguku factory and one Samson Githinji of Karia-ini factory.

Hiram Mwaniki, the chairman of Thanga-ini Cooperative, has however rubbished the farmers' claims.

In an interview last week, Mwaniki said the allegations of misappropriation of funds are unfounded. He explained that when the deductions are made from farmers' pay, their representatives are present and so is the management and traders.

“They should go to the Commissioner of Cooperatives if they have complaints. We carry out our audits and hold annual general meetings.

"The 20 per cent deduction helps the society operate efficiently. If the money collected is inadequate, we call for a general meeting, as required by the law to ask farmers to help us with additional funds; this happened five years ago," said Mwaniki, a former director at the Coffee Board of Kenya.

He dismissed the disgruntled farmers saying most of them have failed to be elected to the Sacco management committee and that is why they are now causing trouble.

“We have elections every three years on a rotational basis. These people never get elected yet they keep fighting the elected members of the committee,” Mwaniki said.

Last year, President Uhuru Kenyatta announced sweeping reforms aimed at resuscitating the three ailing agricultural sub-sectors in coffee, tea and cotton - he stressed that the government would adopt a new management model that will ensure the farmers benefit.

The money is expected to reflect into their accounts by next week. Coffee farmers from the three Thanga-ini Cooperative Society factories will still have to contend with the 20 per cent deduction.

"Sometimes maybe skip it altogether depending on the bulk of produce and the earnings we get,” Githu said.

He noted that most of his colleagues could be making losses by growing coffee, but cannot abandon the crop since its farming has evolved into a regional lifestyle.

Githu added that he hoped the government will listen to the farmers complaints.

GCR noted that outside Kenya, the Kenya Re recorded limited activity in multiple markets.