Plight of teen mothers who contracted virus after getting raped

Linda, 14, is living with HIV and is a mother of a six-month-old baby.

Her life turned upside down when she was kidnapped by two boda boda riders in Kabondo Kasipul, Homabay County.

She was on her way home from school.

The men took her to an abandoned building and raped her in turns.

“I was in pain and helpless after they left me there and it was getting dark. I wanted to die,” she said. “I was limping outside the building where I met two women who helped me find my way home."

When she got home, she went to sleep and told no one about her ordeal. The following day, she skipped school.

It was not long before Linda discovered that she was pregnant. And during her visits to the antenatal clinic, she was found to be HIV positive.

“I was afraid to disclose to anyone. I told my mother that I was sick, and three weeks later my limping worsened and she took me to the hospital.

Life changed for Linda who says she buried her dreams and now takes medication to protect her child.

Another teenager who was raped in Linda’s neighbourhood is Mary. She is 16 and a mother of two. Mary was raped while collecting firewood in a thicket close to her home.

“A masked man grabbed me from behind, pushed me down, grabbed the panga I had, and held it to my neck. I could not scream as he raped me," she said.

Mary got pregnant and also tested HIV positive. Her mother sent her to live with her grandmother in Kisumu where a 45-year-old man proposed to her to be his second wife. The man, who was living with HIV, gave her grandmother Sh2,500.

“He abused me and my co-wife and her children also harassed me. I ran away run but discovered I was pregnant, again,” she said.

Mary returned to her parents' home where she lives with her two children. She gets medication from the local clinic.

When there was a lockdown because of Covid-19, young women suffered the most. Cases of teen pregnancies were on the rise as men took advantage of vulnerable teenagers.

Take the case of Leila, 16, who went to live with her aunt who had promised to hire a private tutor for her because schools were closed.

But the man who was supposed to help her improve her grades, turned on her. “I could not tell my aunt as the teacher was a close family friend. I got pregnant and also contracted HIV,” she said.

Most young mothers who live with the virus are from relatively poor families and food and ARVs are their most urgent needs.

During the International Conference on Population Development in November 2019, Kenya committed to ending teenage pregnancies by 2030.

At the time, teenagers accounted for almost a third (28 percent) of all registered pregnancies in Kenya. In the same year, adolescent girls and young women aged 15 to 24 years contributed to 30 percent of 41,000 new HIV infections. 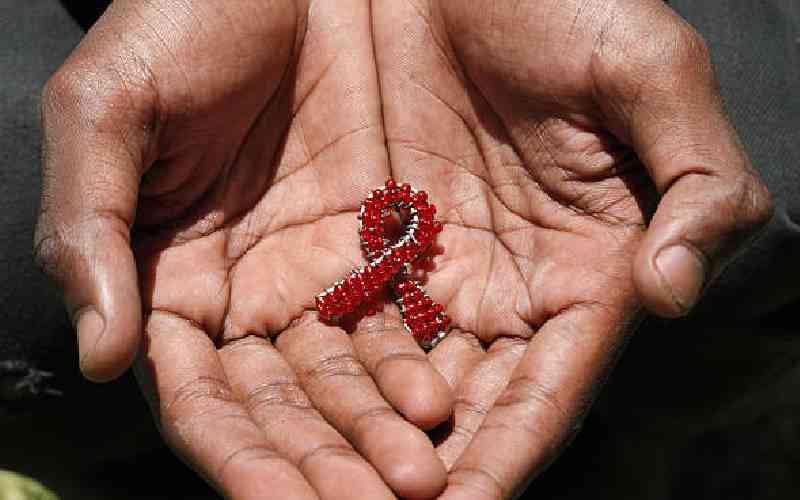 Gossip, disclosure of status, rife in clinics
National
By Rose Mukonyo
2 months ago
.