Debate on the use of tea-picking machines continues to rage years after they were introduced in Kenya.

In the recent past, several leaders in Kericho, Nandi and Bomet counties, the major tea producers, have openly opposed mechanisation of the sector, saying it has led to job losses.

But while the leaders and residents are concerned about job losses, multinational tea companies say they are saving costs through mechanisation.

One hand-held tea-harvesting machine operated by two people does work that can be done by 25 workers. And one self-propelled harvester takes the place of 100 tea pickers.

More than 200,000 direct and indirect jobs have reportedly been lost since tea-plucking machines were adopted across Kenya.

In terms of capacity, one machine can pluck 400 kilogrammes of tea a day compared to just 45 kilogrammes by a labourer.

There are also concerns about quality. Some feel the quality of tea plucked by machines is not the best as there are specifications that a machine cannot meet. When you do hand plucking, only the best buds are picked.

In the run-up to the elections, the question of whether to do away with the machines was a major issue. Some of the aspirants promised to stop mechanisation so that multinational tea firms could employ more people.

Although multinational companies have been on the receiving end, the mechanisation issue is clearly double-sided. It depends on who is addressing it.

The tea companies have, for the past few months, kept off the debate even as tea harvesting machines were set ablaze in some areas. There are also several pending court cases with applicants seeking to outlaw their use.

Small-scale farmers and tea pickers have divergent views on the use of the machines, with those opposed to them lamenting that they are putting the livelihoods of thousands of people at stake.

Evans Koros, a small-scale tea farmer from Ainamoi constituency, says: “While I have not adopted the machines on my farm, I am aware that change is inevitable.”

Koros urged residents of tea-growing areas to accept the reality that is the tea harvesting machines. “We should accept the revolution. It is here with us.”

“It is just a matter of time before harvesting tea using hands will either be phased out or only used by a few people,” Koros said

“The tea farmer will have to make a decision whether he is going to use a machine or hand plucking. There are many factors that will determine this.

“The decision on whether to use machines to pick tea or use hands is not easy. How the tea is harvested determines quality, the buyer and ultimately how much the farmer will pocket,” he said.

Kenya Tea Development Agency (KTDA), one of the major tea buyers, had recommended that a farmer should pluck just two leaves and a bud which are said to produce high-quality tea.

“The two leaves and a bud contain high concentrations of catechins responsible for producing a distinctive flavour, rich aroma and bright colours that good quality tea exhibits,” KTDA said recently in a post on its social media.

Koros said these specifications can only be achieved when tea is picked manually.

“Harvesting tea using hands gives high-quality leaves which fetch more money, including bonuses, at the end of the year. However, the quantity of tea harvested using hands is much lower. That is why it is a difficult decision, having to pick between quality and quantity,” Koros said.

He said tea processors had trained them to use hand-held machines but these were later suspended due to failure to meet the specifications.

Hand pickers are paid per the number of kilogrammes harvested. It has emerged that they are the determinants of which companies the farmer will sell their harvest to, depending on whether or not they will stick to the specifications required.

“When you have workers who can’t adhere to the two leaves and a bud requirement by KTDA and other buyers, the tea is regarded as being of lower quality which means reduced earnings for the farmer,” he added.

Bernard Mutai who has worked as a casual labourer on small-scale tea farms for the last 20 years said getting a job in the tea farms has never been harder than it is today.

“I have raised my three children and built a house for my family by working on tea farms. Most people rushed to the multinationals leaving smallholder farms. They are back to small-scale farms after multinational companies introduced mechanised tea harvesting. We are now competing for the few available jobs,” said Mutai.

“The introduction of the machines will only benefit a few individuals. The machines have the capacity of harvesting more in a short time but this will be at the expense of thousands of workers. Change is good but should be gradual,” said Mutai.

Kericho Governor Eric Mutai recently said while the adoption of technology in agriculture is good, the time is not right for Kenya to introduce tea-harvesting machines.

Dr Mutai dismissed claims that his fight against the mechanisation of tea harvesting is aimed at major investors in order to take over the huge parcels of land they occupy. “We are not kicking them out, that is not the intention. However, we must have dialogue on the utilisation of the farms and the benefits to residents. They are profiteering enterprises in the middle of thousands of poor communities,” said Mutai.

He said all they want is for the multinationals to be guided by the prevailing economic realities in the country.

“These companies had invested in other more developed countries but were driven out when they attempted to introduce the machines. Our economy is still growing and we have to protect every available job,” said Mutai.

The governor blamed the dispute on the tea companies’ lack of interest in the affairs of the local communities.

“There should be a balance to ensure everyone benefits. We also want them to pay for the land just like other people who have leased properties in the county. What they are paying today is a mockery,” said the governor.

Kenya Plantations and Agricultural Workers Union also weighed in on the matter with the union’s deputy secretary-general Thomas Kipkemboi saying the machines should only be used where there is a shortage of human capital. 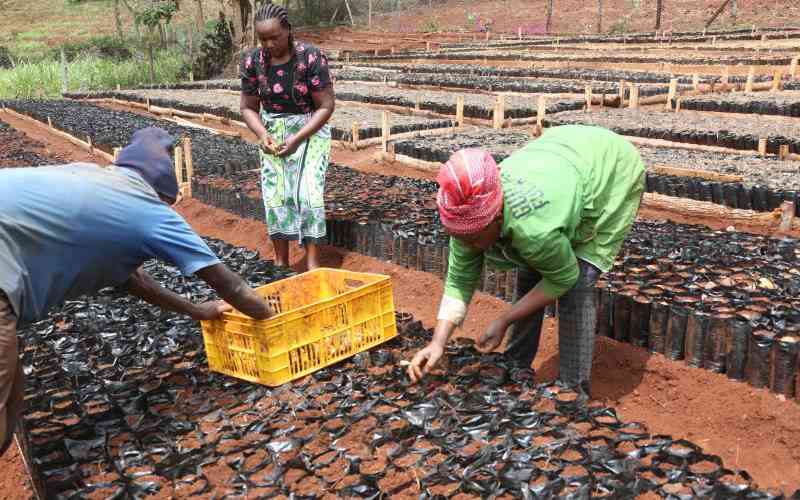