By Nehemiah Okwembah | 2mos ago 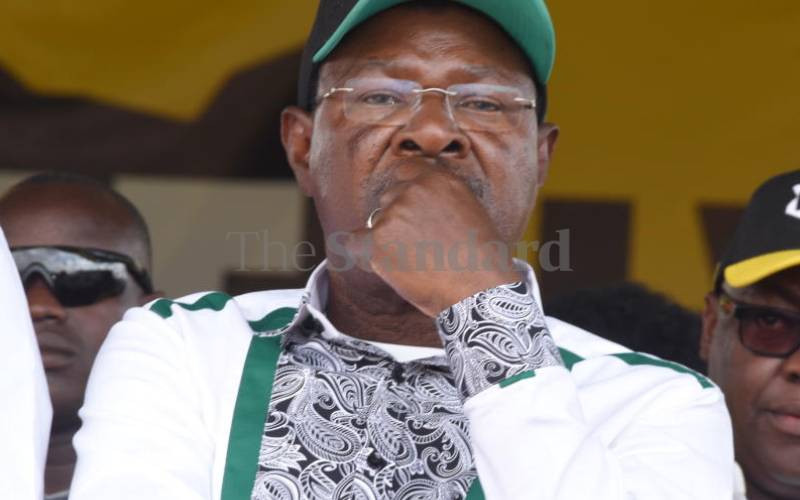 Wetang’ula reiterated sentiments that many extrajudicial killings took place on the watch of the police unit.

Speaking at the homecoming ceremony of Garsen MP Ali Guyo Wario at Tulu village in Tana Delta sub-county, Tana River County, Wetang’ula said many families had been left in pain following the mysterious disappearance and death of their loved ones.

“There is no civilian who can transport bodies and dump them in forests and rivers and we don’t need external help to track perpetrators of extrajudicial killings,” he said.

At the same time, Wetang’ula said the Ruto administration was keen on fighting hunger.

“We must eradicate hunger in our country and we will make use of our rivers and dams to promote food production,” he said.

Baya said the disbandment of the police unit was justified since many Kenyans were waiting for answers on the whereabouts of their kin.

Wario and his Galole counterpart Said Hiribae called on the government to end the culture of relief food distribution. They said it was a shame that Kenyans were still relying on food aid.

Saboti MP Caleb Hamisi challenged the government to find lasting solutions, saying that it was a shame that Kenyans were dying of hunger.