By Ndung’u Gachane | 3mos ago 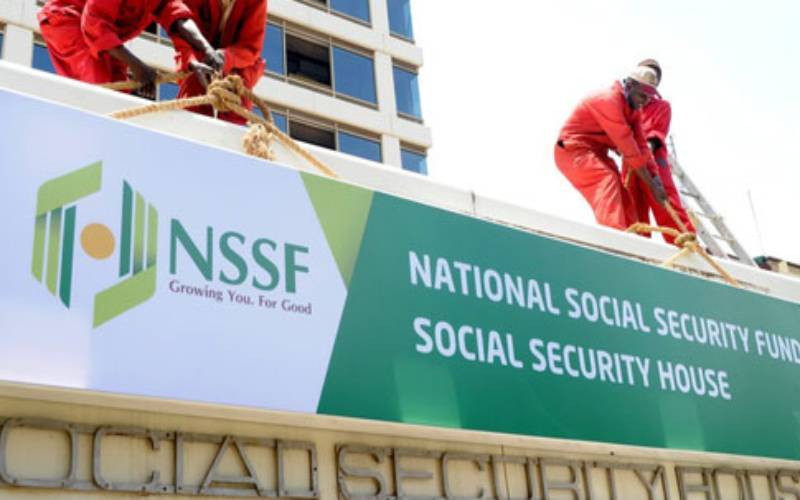 President William Ruto has brokered a truce between Cotu, the Federation of Kenya Employers and NSSF to withdraw court cases blocking the implementation of the NSSF Act 2013.

Speaking yesterday at Kariguini Primary School grounds in Kandara, Murang'a, during interdenominational prayers, Ruto said following successful negotiations between Cotu and FKE, new regulations will be published in two weeks in efforts to encourage a culture of saving.

He said saving was the only way to end the country's borrowing spree.

"A good man saves for his children and a bad man makes his children inherit debts. We must plan for our future even as we plan for today."

In the savings policy, Ruto said for every two shillings saved the State will add a shilling.

Withdrawal of the case barring the implementation of the NSSF Act will be a major boost to the President's social security plan which includes increasing the NSSF monthly contribution by six per cent of an individual's earnings.

Ruto said the current trend is too low to build savings to offer a better life after retirement.

A three-judge bench halted the implementation of the Act which sought to raise the monthly NSSF contribution from the current Sh200 to Sh2,068.

The judges declared the Act illegal since its promoters failed to get the approval of the Senate, as it would affect employees and devolved governments.

The Act is aimed at coming up with a strategy to help NSSF build a bigger retirement pot.

Last month, the President gave the nod to the NSSF board to challenge the High Court ruling that stopped the implementation of the Act.

"I have had a conversation with the management board of NSSF and we have agreed that we need to go and talk to the court again and ask them whether we are living in the same country," the President said during a visit to the Nairobi Securities Exchange (NSE).

Yesterday, Ruto said his push to have Kenyans de-listed from the Credit Reference Bureau (CRB) would soon become a reality after he successfully reached a compromise with lenders.

"We have agreed with lenders that they must reduce their interest by 50 per cent even as 'hustlers' wait for The Hustler Fund which will attract an interest of 10 per cent on yearly basis," he said.

The President said all election pledges will not be fulfilled if Kenyans don't pay taxes.

He reiterated that he was determined to have a country that will be self-reliant and free from the yoke of debts.

"Under the leadership of the third President, the late Mwai Kibaki, the tax man collected Sh1 trillion from Sh250 billion. There is hope to grow this nation by ensuring we are fair and we are paying our taxes. This will enable us to settle the debts," Ruto said.

The President was echoing the sentiments of Presbyterian Church of East Africa moderator Jesse Kamau who challenged Kenyans to pay taxes faithfully and the government to make good use of the same.

"The country can only recover if Kenyans pay their taxes diligently," the cleric said.

The prelate challenged the President and his appointees to be closer to the electorate and to live by their oath.