I have a degree, Johnson Sakaja maintains

Sakaja who showed up 20 minutes into the Nairobi Governors Debate at the Catholic University of Eastern Africa (CUEA) was up against Jubilee Party candidate Polycarp Igathe.

He later proceeded to give his reason for being late.

“My opponent is used to head start, so I wanted to give him an opportunity and we’re here,” said Sakaja.

When asked about the importance of academic credentials, Sakaja was quick to give his response.

Sakaja’s degree credentials have been contested by the Commission for University Education (CUE) as well as the High Court.

“I do have a degree from Team University. I presented it on the 6th of last month to the CUE, after that it was presented to the counterpart commission in our neighbouring country and they verified it. Many people have said that I have tried to prove hard that I don’t have one, actually it is my detractors trying to prove that I don’t have one." Said Sakaja.

The matter is awaiting a ruling by the High Court. 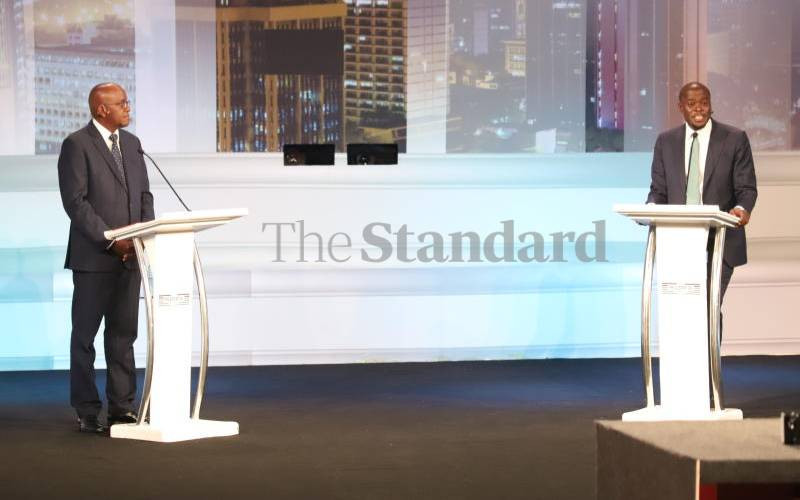