Insects, maggots to speak for the dead if judiciary gives greenlight

By Caroline Chebet | 6mos ago 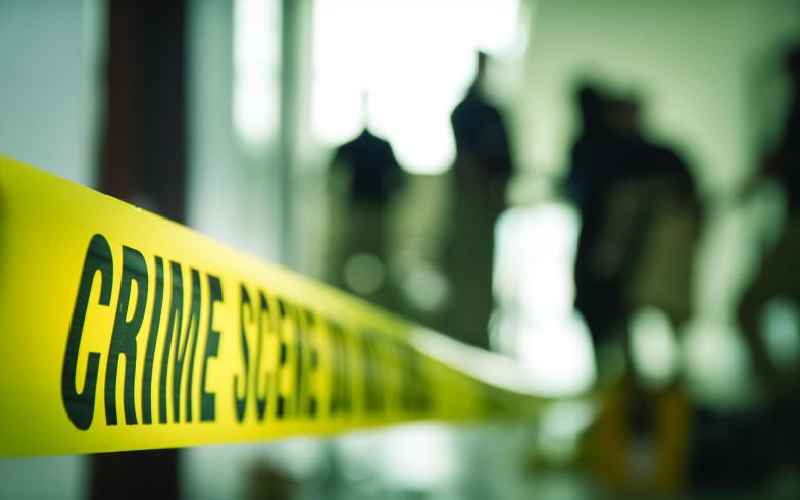 Insects may soon be used to solve complex Murder cases in Kenya once the judicial system gives a nod to forensic entomology.

Forensic Entomology allows experts to use insects from the crime scenes to unravel the time and place of death of a victim.

Incorporating science technology in fighting homicides and murders is a frontier that is expected to ease investigations and boost the current traditional investigative methods.

“Insects are critical in investigations. We often miss the critical witnesses that carry all the evidence. Insects are useful when a body has lasted for more than three days and all other biological processes have stopped,” said Nahashon Kiania, the coordinator for Centre for Forensic Research, National Museums of Kenya.

Insects come in handy in situations where an ordinary pathologist cannot judge the time of death after days. Forensic entomologists use maggots to get the accurate time and where the crime took place.

Currently, research scientists and entomology experts from the National Museums of Kenya are consolidating and updating information on insects and their distribution within ten areas with different climatic conditions.

“The National Museums of Kenya are currently working with the Directorate of Criminal investigations to build capacity on forensic entomology among crime investigators," Kiania said. "Insects are crucial in investigations and although it has not been explored in Kenya, it is key in developed countries. It is a field we are working on utilising."

While insects are literally in every place on earth, entomologists say they have crucial evidence in crime scenes. Blood-sucking insects like mosquitos, bedbugs, ticks and even fleas are crucial witnesses in murders executed in enclosed rooms.

“In cases where people spent time in an enclosed room like for an overnight stay in a hotel room, blood-sucking insects like mosquitos at some point get to work.

This blood stores the DNA and it becomes easier when these insects are collected and DNA sampled in case a murder occurs. It helps in getting suspects on board,” Kiania said.

In instances where a body has been dumped by the roadside, in bushes or even forests, insects are key in determining the time of their death and even where the incident took place.

Metallic-bodied blowflies that almost resembles the common houseflies are some of the most important specimens for use in forensic entomology. They are ranked as primary invaders who can smell a dead animal from kilometres away.

“Blowflies -that often appear in blue and green colours, are the most important in determining the time of death. The insects have a strong sense of smell and are often attracted by a chemical released at death. They are the first responders who will feed on and lay their eggs within minutes of death,” Kiania explains.

Forensic entomologists who are experts in kinds of insects found in and near bodies then apply the knowledge of life cycles of the insects and the stages of decomposition when different insects populate dead bodies to determine the time since death.

According to Kiania, a body undergoes decomposition in stages. The first two to three days, he says, the body bloats as a result of maggots of insects acting on it. The body then collapses, marking the stage of early decay that takes a week or two depending on temperatures.

In early decay, new insects, beetles, come in. They invade the body to feed on maggots of other insects that earlier invaded.

The final stage of a decomposing body is skeletonisation where bigger beetles invade to feed on hair. At this stage, only connective tissues, skin and hair is left.

Currently, experts are developing a clear structure on a succession of insects for different geographical areas to ease understanding of decomposition stages of a body to ease interpretation by murder investigators.

“In Kenya, there are different climatic conditions and the rate of decay is not the same across the regions. In hotter regions, the bodies tend to rot faster as compared to colder areas. Besides capacity-building, we are working on make it simpler to understand which insects invade a body at which stage after death,” he added.

Updating the insects as per their distribution areas will also help the experts determine the place where the incident took place.

“There are instances where people are killed in other areas and bodies dumped elsewhere. In such cases, insects are still critical because we can tell from the kind of insects collected from the body if they do not tally with the kind of insects found in a place they are dumped at," Kiania said.

"We are able to know which insects occur in a particular area in particular seasons and we can use these insects to tell.”

While there already exists a huge data set of insects within NMK, Kiania said there was a need for an update and their distribution across the country, a phenomenon brought about by climate change.

“Climate change has had an impact on the distribution of these insects. Currently, we are using what had already been established. Funding is key in updating the list to get actual distribution in particular seasons. Climate change has led to the disappearance of some insects in certain regions while in other regions, new insects are emerging,” he said.

Experts can also determine if a body had been sealed in a bag before being dumped by studying the rate of decay and the time the body was revealed to insects.

Pollen from plants can also be used to determine the area where the murder took place.

In instances where bodies are buried in shallow graves, there are insects that dig up into sealed places, which entomologists can still use to determine the time of death while in cases of drowning, organisms in water can be used.

Entomologists are however optimistic that Kenya might soon be adopting the technology to solve complex cases once capacity building and updating of insects’ data sets as per geographical distributions is complete.

By Paul Ogemba 6 mins ago
Paul Gicheru, lawyer who went to Hague court to clear his conscience

By Dennis Kabaara 6 mins ago
Could Ruto lead charge in Africa to rescue much delayed SDGs?