Fed up Kenyans kick up a storm over high food prices, living cost

By Dominic Omondi | 5mos ago

Prolonged drought, high taxes on farm inputs and fuel as well as the Covid-19 pandemic have colluded to throw Kenyans into a tailspin of an unprecedented high cost of living.

This has, in turn, kicked up a storm on social media, with Kenyans on Twitter calling for the immediate reduction of food prices.

“You can’t have a quick fix in an election year. You will be daydreaming if you expect a quick fix,” said Eastern Africa Farmers Federation Chief Executive Stephen Muchiri.

But Timothy Njagi, a research fellow with Tegemeo Institute, a think-tank, reckons there is an element of noise in the Twitter storm.

“For the last 10 years, the prices of food products normally shoot up between January and May. After May, they start going down,” said Dr Njagi, adding that there is a need for people to rationalise their spending based on this pattern.

Food prices have been on the rise over the last 12 months following poor rains and increase in the cost of farm inputs. Close to two million Kenyans from 23 counties are staring at starvation as their crops and livestock die of lack of water.

In January last year, Sh1,000 would have bought you an average of 11 food items at a cost of Sh883. However, last month, a consumer could only be left with Sh1 for the same items, according to official data.

Cabbages have experienced the sharpest rise, with a kilo retailing at an average of Sh50 in January this year compared to Sh39 in the same month last year.

A kilo of spinach, on the other hand, rose by more than a fifth to retail at Sh68, while the same unit of onions that went for Sh106 in January last year now goes for Sh128.

The Covid-19 pandemic has at the same time resulted in global supply constraints, resulting in a spike in the retail prices of cooking oil, wheat and rice.

Prices of wheat might have started trending downwards as the global supply bottlenecks are smoothened, but the cereal is still expensive compared to last year.

A 2kg packet of wheat flour retailed at Sh144, an increase of 15 per cent from Sh126 in January last year.

A spike in global prices of palm oil due to limited supply triggered by unfavourable weather, infrastructure issues and the Covid-19 pandemic also pushed up the retail price of cooking oil.

A weakening shilling has not helped matters, given that Kenya is a net importer of such products as palm oil, wheat, rice, apples, sugar, fish, milk and some vegetables.

Consequently, over the last few months, prices of food have been on the rise, going up by 8.9 per cent in January. Yesterday, the high cost of food took a political twist on Twitter as both Deputy President William Ruto’s Kenya Kwanza Alliance and former Prime Minister Raila Odinga’s Azimio la Umoja blamed each for the high prices of foodstuffs.

Both camps have promised to reduce the cost of food as part of their campaign pledges aimed at wooing voters in the August 9 elections.

Eastern Africa Farmers Federation boss noted that the current crisis is not an event but a process. “However, one can’t help but blame the current state of affairs on government which he says has, for long, given lip service to agriculture,” said Mr Muchiri.

The government, he noted, has not made a significant investment in agriculture, a situation that has seen very little in terms of attracting foreign investment to this critical sector.

Muchiri said as part of short-term measures, the government should consider removing taxes on some of the inputs used for the production of key food crops.

Unfortunately, when the crops were infested with the fall armyworm, the government slapped a 16 per cent value-added tax (VAT) on pesticides. This tax ran for a full year. Agrochemical companies passed this cost to the producers who then passed it on to consumers.

The cost of production has gone through the roof, making Kenya's crops uncompetitive compared with those of its peers. The cost of fertiliser, for example, is more expensive in Kenya than in Uganda, yet this critical input passes through Kenya, explained Tegemeo Institute's Njagi.

He noted that the reason there is a disparity in the cost of fertiliser between Kenya and Uganda is the punitive tax regime in Nairobi compared to Kampala. Compared to last year, the cost of distribution has also gone up due to the high fuel price. “And what is driving up the cost of fuel? Taxes,” said Njagi.

Experts feel that subsequent governments have failed in cushioning farmers against cut-throat competition from imported foodstuffs by not giving them incentives to increase production.

Increasing food production to ensure that every Kenyan has access to nutritious food is one of the pillars of President Uhuru Kenyatta’s Big Four agenda.

But the headache for most farmers is the erratic weather. When the rains fail, yields drop and prices shoot up due to limited supply.

Prices of some foodstuffs have also been affected by global supply constraints occasioned by the Covid-19 pandemic. Kenya imports wheat, rice and fish, milk, sorghum and soya beans to supplement local production.

Food takes up close to half of poor Kenyans’ income. Increased incidences of drought, from the initial cycle of five years to a year, have also come with pests. However, the government has not cushioned farmers despite agriculture being the backbone of the economy.

Moreover, the funds set aside for fertiliser subsidy and other inputs have oftentimes been mismanaged. Counties, where the agricultural function has been devolved, have not done a good job either. They have allocated even fewer funds to agriculture.

And parliamentary committee on agriculture has also not played its oversight role effectively. “The budget-making process is shrouded in mystery,” said Muchiri, noting there is little public participation.

He warned that things could get worse due to the ongoing drought. “Production has been affected by poor rains. And we are rapidly urbanising.” 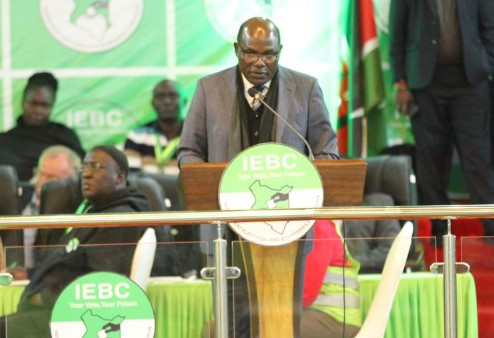