From Sh17m bill to house: Inside 18-page deal that set Babu Owino free 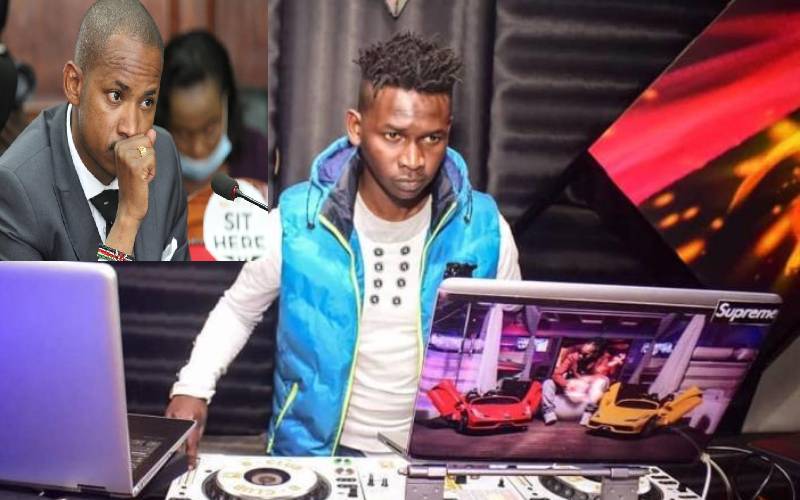 An 18-page deal between Embakasi East MP Babu Owino and Felix Orinda, aka DJ Evolve, set the lawmaker free from the grips of the law.

A magistrate’s court acquitted Babu after Orinda withdrew the complaint.

However, the price of the acquittal in the attempted murder charge is hefty.

An agreement filed as a condition for withdrawal reveals the extent to which Babu has to dig into his bank accounts to ensure that Orinda recovers and lives a comfortable life after the club shooting incident.

But the MP sought assurance from the DJ and his family that they will not lodge another complaint.

In the event Babu fails to honour his end of bargain, he is liable to a civil case to recoup expenses incurred for treatment and compensation for injuries sustained, loss of earnings and future medical expenses.

“If any party fails to comply with any of the terms and conditions of this agreement and such failure, if capable of remedy, is not remedied within 30 days of receipt of a written notice of such failure from the party in breach, either party shall be at liberty to rescind the agreement or to sue for breach and indeed if the breach is on the part of the offer or (Babu) then this agreement shall be admissible in court as an admission of liability,” the deal filed before Milimani Senior Principal Magistrate Bernard Ochoi reads.

The agreement is effective from the date the criminal case was withdrawn.

The MP will foot Sh17 million bill Orinda incurred at the Nairobi Hospital. According to document, Babu had at the time of writing the agreement paid Sh9 million.

“The offeror is the one who has catered for the bill at Nairobi Hospital and undertakes to ensure that he pays the balance of Sh8 million still owed to the said hospital,” says the document.

At the same time, the lawmaker committed to pay the cost of nursing home until Orinda recovers fully or as per the advice of the doctors.

He will also pay for any arising complications.

Bearing in mind that he is immobile, Babu committed to provide financial support for Orinda, set up a fully furnished DJ academy, and pay the rent on the building.

The academy is to help Orinda generate an income.

Babu also offered to buy a house for the DJ, and the magistrate noted that he had bought an apartment.

The MP will build him another house in Utawala within five years and have it registered in his and his parents’ names.

He will also but the DJ a Toyota Noah, which will be modified to accommodate Orinda, within five years.

But the deal says Babu's consent is not an admission of guilt.

“It is thus made and executed on a without prejudice basis and without any prejudice to the offerors plea of innocence made in court in relation the charge he is facing in Millimani Criminal Case No 110 of 2020,” it reads.

In his ruling acquitting Babu, the magistrate noted that a probation report indicated that the DJ came from a humble background.

He also noted that it appeared that the two were friends before the incident. A clause in the agreement provided that both acknowledge that they remained friends as before.

The DJ and his family were to acknowledge that Babu had paid two-year rent in advance, and also footed the bill for water, food, electricity, internet and prescribed drugs.

They were also to appreciate that Babu needed to concentrate on looking for money to meet the bills and not splitting this attention with defending himself in the criminal case.

Orinda was also to acknowledge that he needed peace and healing and the court case would not be of his best interest.