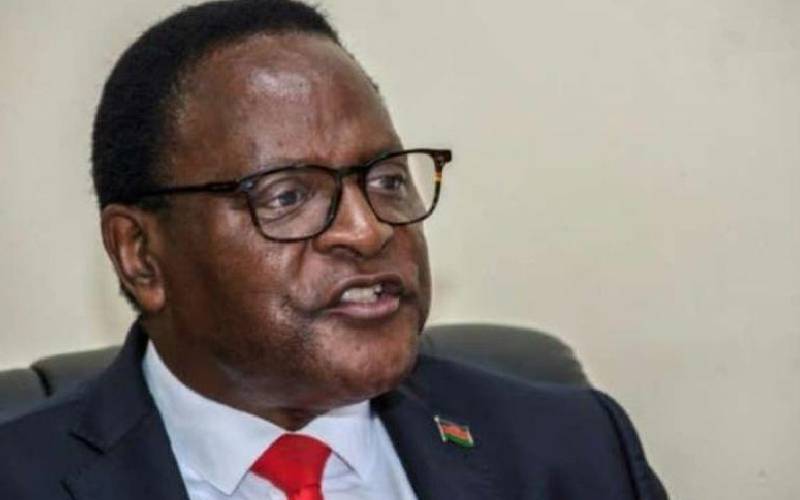 Malawi President Lazarus Chakwera (pictured) will arrive in the country tomorrow for a three-day state visit.

Chakwera, who will be accompanied by First Lady Monica Chakwera, will be the chief guest at this year's Mashujaa Day celebrations at Wang'uru Stadium in Kirinyaga county on Wednesday.

Chakwera and his delegation will be officially received at State House, Nairobi, on Thursday by his hosts President Uhuru Kenyatta and First Lady Margaret Kenyatta.

Ngirici: Why I regret investing my valuable resources in Ruto, UDA

Meanwhile, at least 100,000 people in Kirinyaga county have been vaccinated against Covid-19.

Deputy Governor Peter Ndambiri and Interior PS Karanja Kibicho made the announcement while inspecting the Wang’uru Stadium in preparation for the Mashujaa Day celebrations.

The PS said the stadium and a mini State Lodge were 95 per cent and 98 per cent complete. “All works are expected to be through by Friday (tomorrow) when the handover will be done,” said Kibicho. On billboards, Kibicho has said only two will be erected - one for the President and the other for the governor.

In a statement to the media, PS Kibicho said the holiday will only be marked in Kirinyaga, a deviation from the traditional practice where county commissioners lead similar celebrations at county headquarters across the country.

Kibicho said the suspension is meant to stop the spread of Covid-19 in the country with new infections still rising despite the government’s vaccination efforts.

“Kirinyaga County will be the host for this year’s Mashujaa Day. No celebrations will be held in other counties as it has always been the case. We don’t want to escalate the spread of Covid-19, and that is why we are freezing similar activities in other counties,” he said.

Mwea MP Josphat Kabinga thanked President Uhuru Kenyatta for choosing the sub-county to host the celebrations, saying it will boost the rice business.

'They were locked up in a congested room and their phones had been confiscated.'

In light of the ongoing works, Kenha has put in place measures to ensure the smooth flow of traffic.