The wooden breakfast table and four chairs have been unmoved for the last 80 years, waiting for a master who will never come.

The last time the owner sat at his favourite spot sipping coffee was in January 1941 as he lavished the bewitching beauty extending to the snowy peaks. Lord Baden Powell was facing Mt Kenya as he had always done for 14 years whenever the weather allowed.

This was his best time to mull over what he and his wife, Lady Olave had achieved as they steered the World Scouting movement which has shaped the lives of over 28 million people.

Currently the couple’s two-bedroom house, which was constructed for them by their friend Eric Sherbrooke Walker in 1927 is still intact, tucked inside the hotel.

Unlike in the founder’s days when the house was exclusively used as home within a hotel, the two bedrooms are now used by the hotel as accommodation for paying guests. However, the lounge has been turned into some sort of shrine, full of memorabilia for scouts.

The house, constructed by Walker in appreciation of Powell's contribution towards the establishment of the hotel is full of memories and beautiful stories of courage, inspiration for a couple that dedicated their lives to change the lives of millions of youths.

The hotel, too, has its own stories to tell which evokes memories for honeymooners, holiday makers, wheeler dealers and politicians who at one time in their lives sojourned at the place.

One of the most memorable occasions was sometime in 2004 when Wangari Maathai walked in one Saturday as an assistant minster and was driven out as a world celebrity after she was crowned a Nobel Peace Prize winner.

It was in one of the rooms facing Mt Kenya that she received that call from Norway, informing her that she was now a laureate.

The hotel too was a graveyard of dreams after Mwai Kibaki, freshly elected as president in 2002 communed with his closest friends only to announce to a disbelieving crowd that his beloved Democratic Party was dead and buried.

It is now evident that after 94 years, the breakfast table may be removed from its place if the hotel is sold. The National Museums of Kenya will however have the final say on what happens to Lord Baden Powell’s home as well as his memorabilia.

Whatever happens, the Scouts Movement which was founded in 1907 will forever remember Paxtu as the place where their lord came closest to heaven in his days on the earth.

Ukambani leaders push for unity pact ahead of 2022 polls

Man who has lived in cave for 30 years can’t, won’t leave

Kasireen Tumwa was irked by instances of ejection from forest land. Efforts to return him to community have been futile. 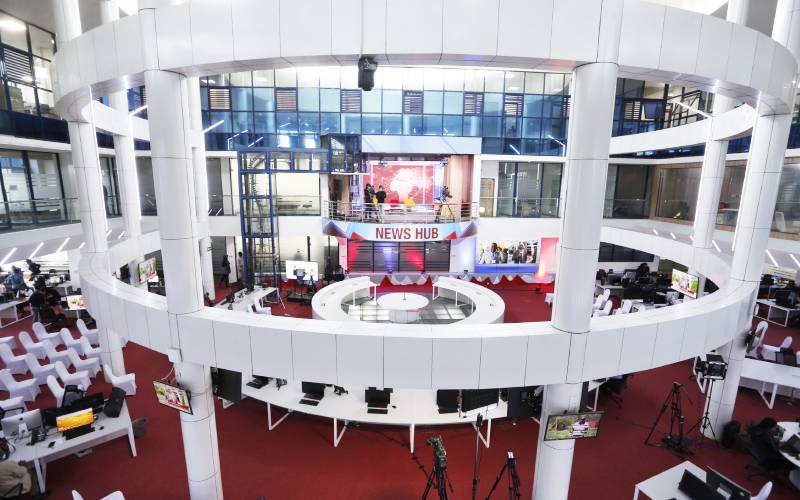 Gender violence made me kill, but I am now working on closure
;
Feedback