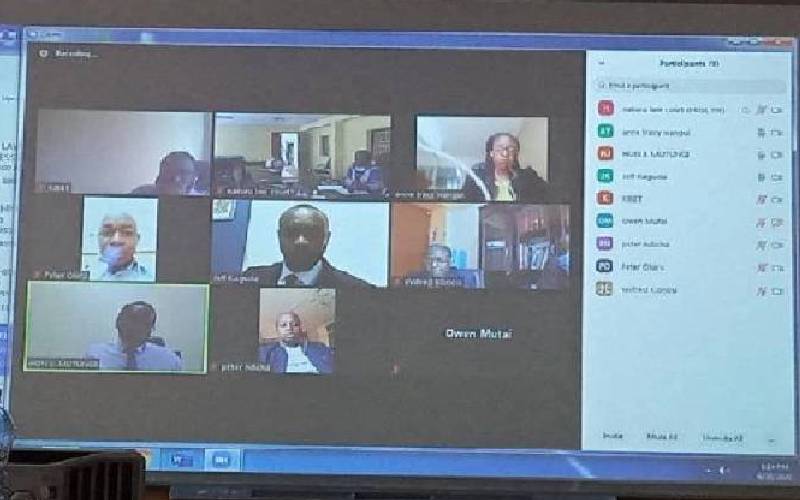 The Judiciary has so far heard over 144,000 cases and made over 31,000 judgments and rulings through the virtual courts deployed in the 170 courts across the country.

The Standard has established that as of June 2021 some 67,299 cases were filed through the e-filing system, which is available in all courts in Nairobi County.

This means with a simple smartphone and internet connection, some court users receive a link to join a court session.

Once their session is over, they continue with their other businesses having had saved in time and costs.

In March 2020, the Judiciary fully automated its operations in a shift that was aimed at improving efficiency as well as stopping revenue leakage.

This meant that lawyers and other litigants would file and track their cases in courts across the country electronically.

Retired Chief Justice David Maraga said the shift from manual to a digital system was aimed at speeding up the resolution of court cases.

The country’s courts have been experiencing huge case backlogs blamed on the manual system that, in some instances, has seen court files go missing thus stalling cases.

Josphat Karanja, who is the director of Judiciary’s ICT said this has been made possible after the Judiciary adopted a number of solutions to make up the digital courts.

He said the e-filing system has been rolled out in courts in Nairobi and provides an online portal (www.efiling.court.go.ke) for court users can file their documents online and do not need to visit the court registries.

It is also the interface through which judges communicate with the court registries.

Karanja said court users create an account on the system and all the related cases are linked to that account.

According to him, the virtual courts which happen through either Ms TEAMS, Zoom or Go-to-meet are held everywhere in the country.

This, he said, is currently the Judiciary’s primary mode of holding court sessions.

“The Case Tracking system which is also in all our courts manages all registry functions. The key function is the automated assessment of court fees and provision for cashless payments. Through this system and the financial management system,  the Judiciary adopted e-recipts meaning we no longer issue paper receipts,” he said.

He said since the launch of the automated services, all courts have done very well with the Commercial and Tax Division of the High Court, which was the pioneer, taking the lead.

“The success has been in allowing court users to file documents remotely and also attend court without having to physically attend court or go to the registry. This has introduced cost savings and lots of efficiencies,” he said.

He said the downside is that the system was under development and the infrastructure was not ready at the time of commissioning which caused disruptions to the system for users.

“The Judiciary has however invested a lot in data centres, server and power backups to improve the reliability and availability of the system,” said Karanja.

He said the department is continuously working to improve the system to respond to feedback from the users.

“For instance, we are currently implementing the new court fees schedule which simplifies the process of filing and makes court fee assessment more transparent,” he said.

Estonia President Kersti Kaljulaid told the 76th session that this is an encouraging example that should be emulated by nations across the globe.

Kaljulaid said it is encouraging to see how Kenyans have embraced the e-courts.

She said although Covid-19 has made physical interactions risky, it was worth noting that online services have played a key role in bridging the gaps.

She added, “With online education and e-courts services, my special greetings go to the chief prosecutor in Kenya who has ensured that citizens receive verdict while unable to meet.”

She said Kenya’s example is a testimony that from the despair and devastation presented by the pandemic, solutions have sprung which enable the nations to become better and more egalitarian societies.

“I can assure you that Kenya is not turning back. It is my prayer that all governments who have seen the benefits of online service provision will continue down this journey,” Kaljulaid said.

AShe said this had helped people from rural areas especially nursing mothers have access to access justice without having to physically travel to government offices.

“This has helped people with special needs access what the society can offer without discrimination. This is evident that if we focus on financial and scientific efforts to such solutions, we can overcome even the biggest problems,” she said.

The main suspect in the murder charge of athlete, Agnes Tirop arraigned in Iten law courts

The main suspect in the murder charge of athlete, Agnes Tirop arraigned in Iten law courts

Is it time to end the curfew?

Fights broke out at some English petrol stations as drivers jostled for fuel. 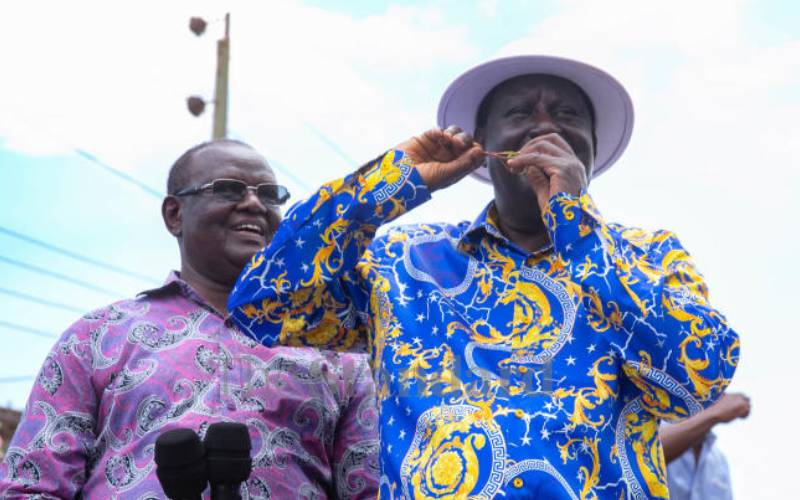 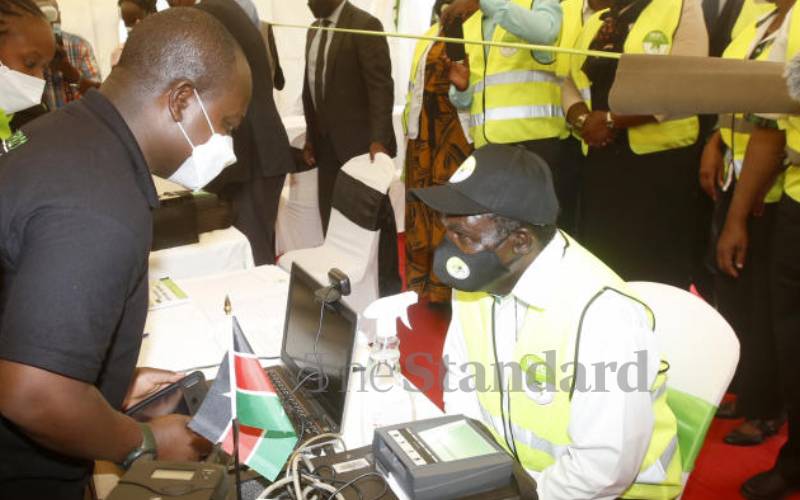 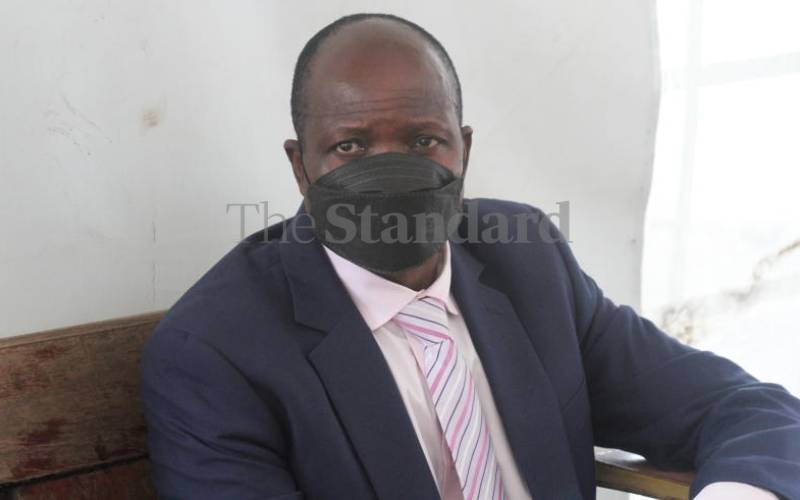 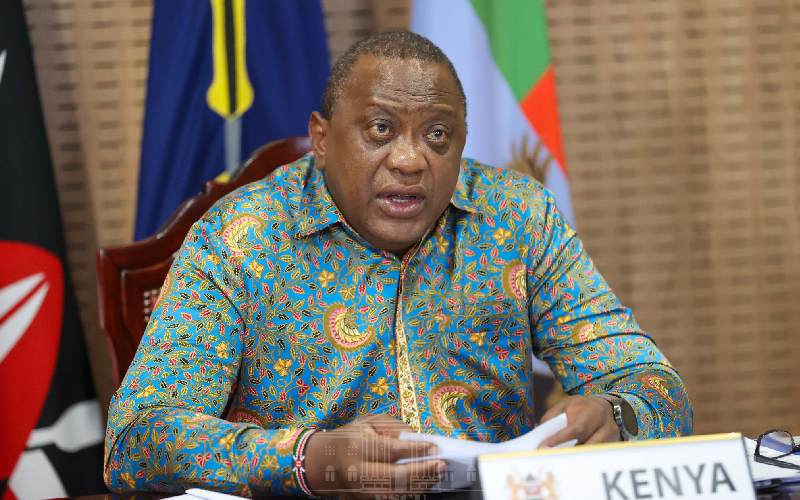