Have we given up the war on corruption?

The Constitution catapulted the enactment of the Ethics and Anti-Corruption Commission Act, which in turn amended the Anti-Corruption and Economic Crimes Act (ACECA) now the two main pieces of legislation dealing with matters of corruption.

The newly reconstituted Ethics and Anti-Corruption Commission (EACC) is operating as a Commission under Chapter 15 of the Constitution dealing with Commissions and Independent Offices despite not having been specifically mentioned in the schedule of commissions.

It is difficult to say whether this situation was by parliamentary design or by omission and the legalities of this will manifest sooner or later.

Without going into the intricate legalities and grave time-frame lapses and other technicalities, which no doubt will also surface from time to time when EACC attempts to carry its mandate – the sad fact and reality is that the fight against corruption is in doldrums, to put it lightly.

Fight against corruption is built on quick sand

The stalled statutory process of appointing the chairperson and his two deputies should, by law, have been completed a long time ago.

The President, the Attorney-General, the Minister of Justice, the Commission on the Implementation of the Constitution, the Law Reform Commission and of course the Members of Parliament appear to have forsaken the cause of anti-corruption.

When Patrick Lumumba was at the helm he was accused often, rightly or wrongly, of talking too much.

And, now, in contrast, the eerie quiet on matters of corruption in the climate of impending elections is undoubtedly being celebrated by the same Kenyans who in the artistic lines of the cartoonists are depicted as dragons, crocodiles, snakes, vultures and dogs – all with protruding bellies of ill-gotten wealth.

Kenyans have to face the reality.  EACC is presently rudderless, with no leadership and no direction, aggravated by the recent departure of Minister of Justice Cohesion and Constitutional Affairs under whose docket EACC falls.

All the work done under the helms of Harun Mwau, Aaron Ringera, Lumumba and others in the last one and half decade has and will further be watered down by parliamentary red tape and road blocks of political nature.

Sadly, we have for all intents and purposes given up the war against corruption and the country will pay the price of this grave omission in the years to come.

The enactment of the EACC legislation and amendments of ACECA were so badly accomplished that functional legal provisions were rendered meaningless and investigative strengths eroded for EACC to work. In the years to come the legalities will need to be revisited, the legislation reviewed and synchronised in terms of an effective unit.

The former Minister of Justice has publicly castigated the new legislation and is on record as having stated that he was initiating amendments. Will his successor have the grit to pursue the cause?

Who can justify the blatant breach of the laws which mandated that after 90 days of the enactment of the new law the former Advisory Board would hand over the mandate to the new Commission?

To state and speculate that EACC is presently functioning contrary to the law – unlawfully – would not be a farfetched statement.

The low morale, the en masse departure of experienced, skilled and trained personnel, the low international, continental and regional standing and reputation are all issues which require remedial thinking.

Some of the provisions in the anti-corruption laws are now patently unconstitutional such as the right to self-incrimination of the suspects. Soon the matters of asset tracing and recovery  — essentially matters relating to grabbed public lands is going to be taken over by National Land Commission.

A way of life

There exist many drafting blunders making the implementation of the laws near impossible.

For example, the provisions relating to the former Director of KACC have been retained when his office has been abolished.

Regulations relating to the much talked about amnesty rules have been rendered nugatory.

In 2002, President Kibaki on his inauguration as the third President had said that “Corruption will now cease to be a way of life in Kenya”.

A reality check, a decade after the President’s remarks, indicates that Kenyans, in particular the parliamentarians, have not only given up the war on corruption but diluted the legal machinery to fight the ill.

And this we do at our national peril!

The writer is a lawyer. [email protected]

During a recent tree planting session on Ngong Hills, Kenya Airways CEO Titus Naikuni decided to 'go back to his roots' by donning the Maasai club. [P 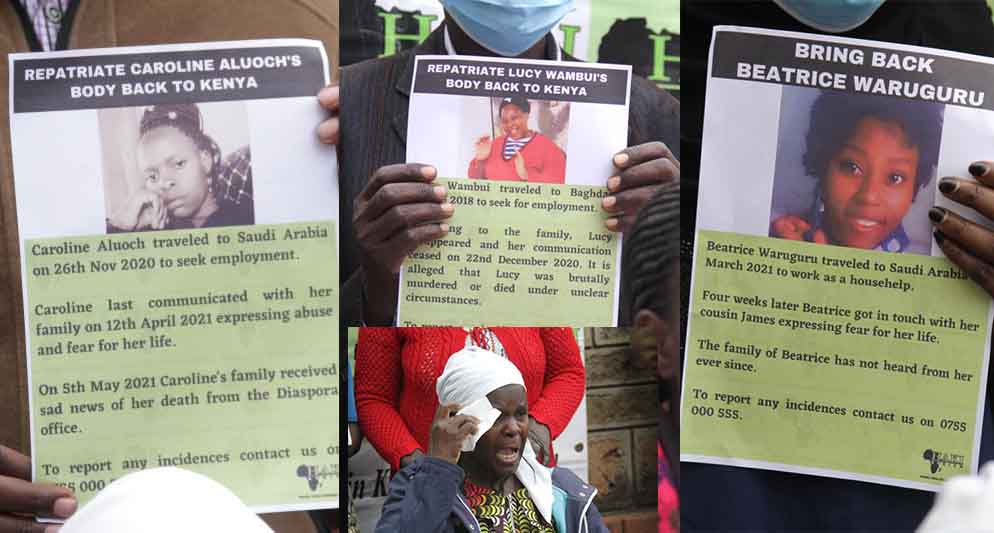 By Mercy Adhiambo | 14 hours ago 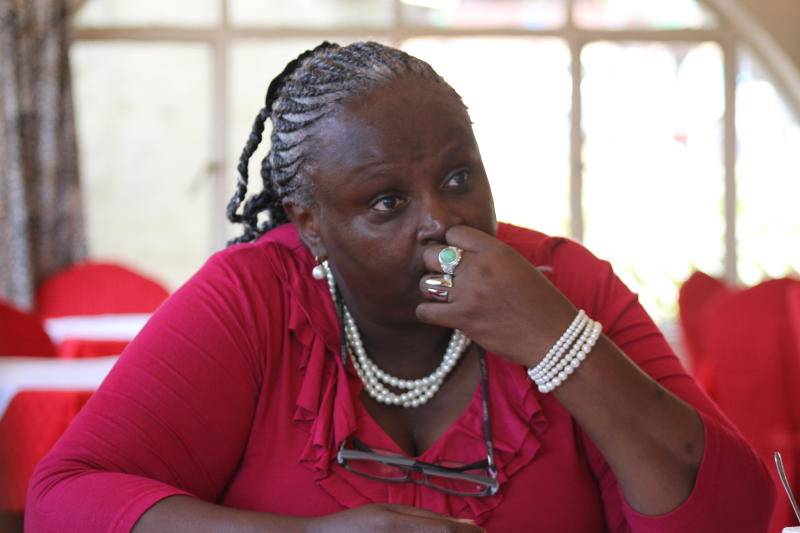 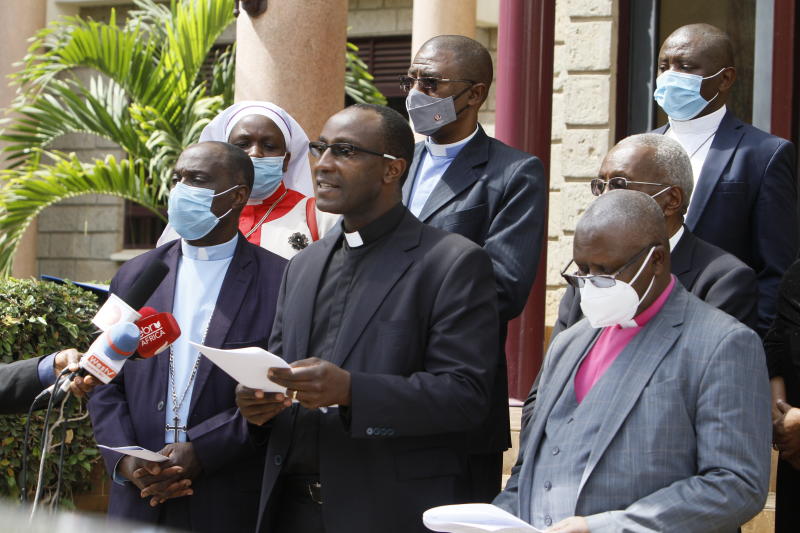 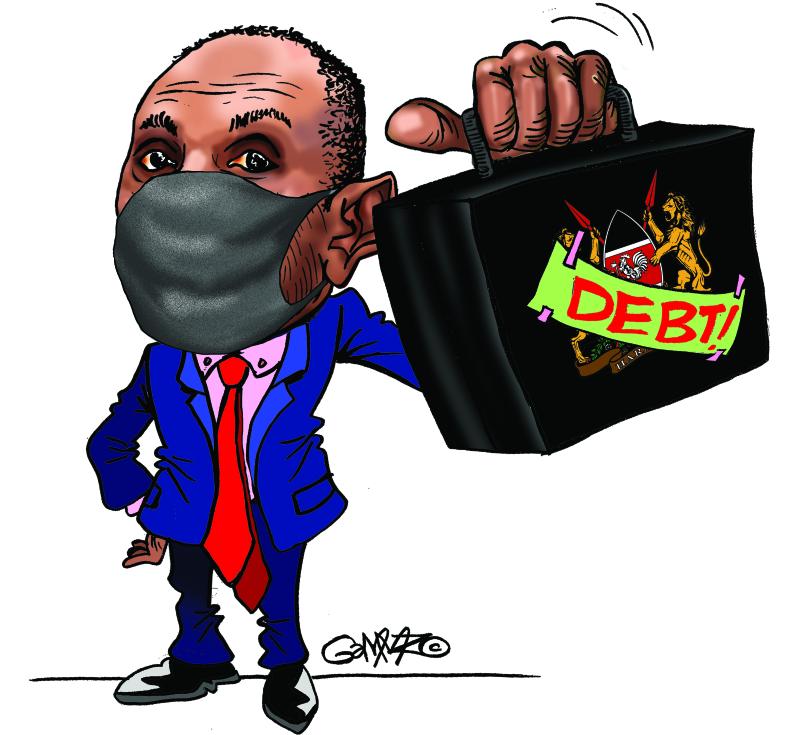