Where my issues with Jacque Maribe started – Eric Omondi

By Standard Reporter | 1yr ago

Comedian Eric Omondi says he needed to exercise his right of reply after his ex-lover Jacque Maribe accused him of neglecting their 7-year-old son.

Omondi took to Instagram on Tuesday, November 2, to state he wasn’t certain of the child’s paternity, and that several of his requests to have the minor subjected to DNA tests were met with opposition by Maribe.

On Monday, the former Citizen Television news anchor and senior reporter, took to Instagram to accuse Omondi of being a deadbeat father, triggering the comedian’s response a day later.

On October 17, 2019, Eric Omondi publicly accepted that he was the biological father of Jacque Maribe’s son after years of speculation.

“A lot happens in relationships. Couples tend to hide so much, that ideally you wouldn’t get to know about. We take pictures smiling, but behind the smiles, there are silent fights we’re having,” Omondi told The Standard, suggesting that at the time, he was still asking Maribe to allow for the child’s DNA testing.

“She refused,” he said, adding: “There’s nothing much I can do to compel her to allow the child undergo a paternity test.”

The comedian received backlash from, among others, activist Boniface Mwangi, musician Suzanna Owiyo, media personality Anita Nderu, who faulted Omondi for “exposing the minor to ridicule”.

Boniface Mwangi said: “This isn't cool @ericomondi. You have shamed your baby mama and your son. It's been public knowledge that you're her baby daddy and you even admitted as much. So this whole story you're bringing might even be true but the public didn't need to know that much.”

Suzanna Owiyo said: “My advice to both of you, find how you can resolve the issue amicably.”

Anita Nderu said: “Eric, you have gone too far. At this point I am genuinely wondering, what won't you do for the Gram? Whether your story is valid or not, you are forgetting there is a child, innocent and not deserving of this vile you are spewing. Shame on all of us for allowing you to get away with just about anything at this point.”

In response to the criticism, Omondi said: “It wasn’t my wish that I go public about the doubts I have over the child’s paternity. I agree; we could have resolved our differences amicably, away from social media. That would have been ideal. However, it was Jacque who threw the first stone at me. She branded me a deadbeat father.

“My sponsors and clients were calling, and emailing me, saying: ‘look, we are paying you a lot of money, yet you’re not taking care of your child. That alone, exposes our brand to contempt’.

“I had the right to respond. Where did Jacque accuse me of neglecting the child? On social media, right? I used the same platform to respond to her allegations,” said Omondi.

“She was the first to expose the child to ridicule, when she said I, the father, have not been there for him. That’s a private matter that required her to pick the phone, and schedule a meeting with me so that we iron out the issues, but she did not do that. What was her venting platform? Instagram,” he said, adding: “Now, when I do the same, I’m being branded as a bad person.

“I’m glad I have set the record straight – that yes, I’m ready to support the child unconditionally, but upon getting closure that I indeed sired him. For now, I’d say I’ll continue providing for some of his needs – not all – until I’m certain I’m the boy’s father.”

In his November 2 Instagram post, Omondi said he met Jacque Maribe in 2012. However, Maribe’s child was born in May 2014. Consequently, a section of social media users asked him to explain “just how Maribe’s pregnancy lasted two years”.

In response, during our interview, Omondi said: “I said I met her in 2012. That doesn’t mean we got intimate in 2012. It was sometime later that Jacque and I got intimate. At the time, I did not know she was dating a seasoned journalist. She hadn’t told me she was in a relationship, until after our encounter that she confessed that she was committed to someone else.”

Our attempts to reach Jacque Maribe on phone were futile, as her mobile phone was switched off. 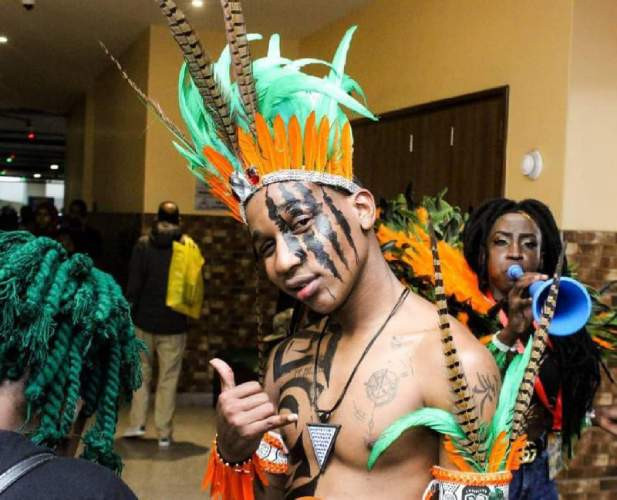