Kenya is incrementally affirming her place at the UN Security Council, and while at it, selling the Building Bridges Initiative towards resolution of ages long Israeli-Palestine dispute. 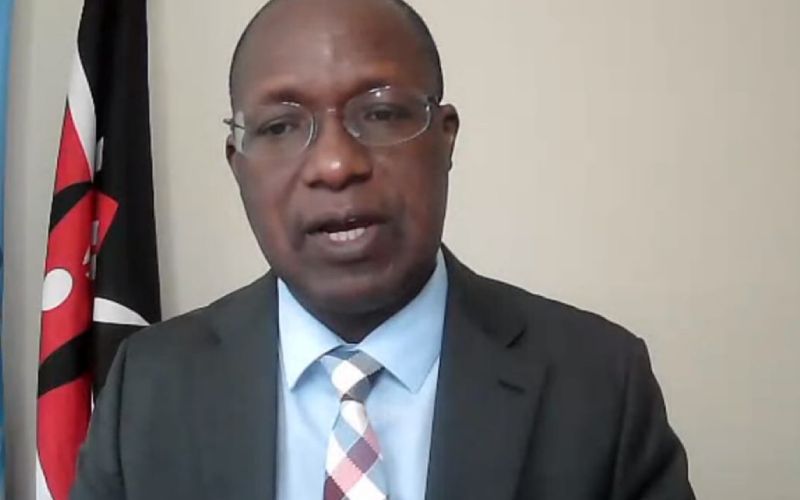 At a virtual meeting of the Council on the Middle East crisis on Thursday, Kenya’s Deputy Permanent Representative to the United Nations in New York Michael Kiboino (pictured) supported a resolution calling for reinforced efforts to reverse all negative trends in the dispute.

He celebrated Israel’s feat as “one of the fastest vaccine distributors globally”, and welcomed its ongoing vaccination efforts among Palestinian workers in Gaza and the West Bank through the Covax initiative.

The session that discussed 2016’s UNSC resolution 2334 adopted at its 7853rd meeting that denounced Israeli occupation of Palestinian territory since 1967, including East Jerusalem demanded that Israel ceases settlement activities and declared that the Council will not recognise any changes to the territories.

“We believe that commitment to the principle of building bridges on multiple platforms will contribute to the comprehensive implementation of Resolution 2334,” said Kiboino.

According to Kenya, full implementation of Resolution 2334 will need to go beyond the issue of settlements, territorial matters, and the viability of the two-state solution agreed upon by the Council.

The two sides will have to address socio-economic acts that violate the resolution as well as the violations that continue to entrench economic isolation of parts of the region from regional and global markets.

“I reaffirm Kenya’s condemnation of all acts of violence, by all parties, including terror, as well as all acts of provocation, incitement, evictions, destruction and demolition of civilian infrastructure,” Kiboino told the meeting.

Kenya is also pushing for safe movement of essential services workers, equity in the access to vaccines and definitive medical care to allow for equitable socio-economic recovery, including for East Jerusalem.

Kenya is also rooting for strengthened funding for the UN Relief and Works Agency to enhance the delivery of basic food and medical services, particularly for populations in IDP and refugee situations.

“We have taken note of the progress in the registration of voters and acknowledge the efforts in intra-Palestinian reconciliation geared towards the upcoming legislative and presidential elections, including through the two
rounds of talks held in Cairo in February and this month,” Kiboino said.

Kenya lauded the resumption of meetings with view to resolving the conflict and hopes there would be meaningful commitment to inject fresh momentum to the peace drive. Kiboino also reiterated Kenya’s delight in normalisation of relations between Israel and the multiple majority-Arab States.

“It is our hope this development will make it easier rather than harder to actualise the normalisation of relations between the Israelis and the Palestinians - both at the grassroots and national level,” he said.