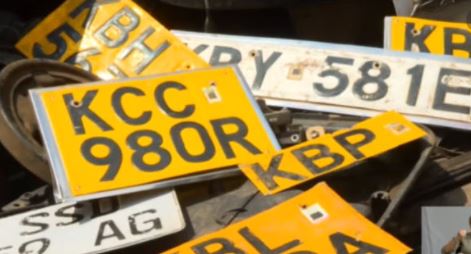 It may have taken eight years, but investigators have finally unmasked a car theft gang that has hit at least 100 motorists.

The criminals’ operations have been so smooth and well planned that they have escaped the attention of the Directorate of Criminal Investigations (DCI) and the dreaded Flying Squad unit.

They do not fire a single shot, but they leave behind losses running into millions of shillings and Kenyans who did not see the devastation coming.

Gang members approach willing sellers, negotiate terms and then drive off without paying a single cent.

Their operations are spread across Kenya, Uganda and Tanzania. As a result, officers say hundreds of motorists could unknowingly be driving stolen cars whose details have been altered by the gang.

In Nairobi alone, for instance, in the past six months, police data shows 321 vehicles have been reported stolen. This works out to an average of 53 vehicles a month.

Of these, the police have managed to recover only three cars.

Yesterday, three people, among them a former military officer, were arrested by DCI officers in connection with this daring racket.

Also in custody is a man claiming to be an engineer working for an international organisation, and a former professional boxer based in Nairobi who also worked as a car sales agent at a yard in Westlands, Nairobi.

The three were arrested by officers from the Nairobi area DCI after a vehicle reported stolen in Buru Buru estate on February 8 was recovered from one of the suspects.

On conducting a search in the house of one of the suspects, DCI officers found a notebook with a list of 45 other cars, some of which are in the police database of stolen motor vehicles.

It is from this notebook found in the house in Kawangware that the police established that the gang had been in operation since 2008.

The book contained detailed entries of vehicles, their makes, registration numbers and colours.

In the same notebook, seen by Saturday Standard, there was a column where the gang noted the date when they saw a targeted vehicle and the progress of follow-up meetings in their efforts to steal it.

Also recovered from the house were 300 SIM cards and 80 ID cards, which the police said were used for sales documents and to register mobile numbers that the gang used.

Detectives believe that the mode of operation of the gang helped them remain off the police radar.

The gang does not use guns to acquire their vehicles. They have perfected the art of stealing in broad day light.

According to the investigators, the gang members target people already looking to sell their vehicles.

They fish for information from online platforms and public notices on vehicles for sale. Armed with contact information, they approach a seller, posing as potential buyers and start up the conversation.

The police say the ringleader of the gang has been introducing himself as a senior employee of an international organisation. This seems to work well, giving the seller a sense of confidence.

The buyer (conman) then gives an irresistible offer as part of the game to lure a seller.

This is followed by the signing of an agreement between the seller and the ‘buyer’. What the seller does not know is that the ‘buyer’ will not be traced through the information provided in the documents, not even through the ID.

The seller is then asked to bring the vehicle with them to a bank, which is often in the city’s Industrial Area, for a cash exchange.

Here, the seller will be instructed to leave the car with a ‘mechanic’ who will carry out a test drive as they complete the bank transactions.

The seller is directed to the executive wing of the bank.

This is the last time that the unsuspecting seller will see their car or speak to the ‘buyer’.

The conman will switch off his phone and destroy the SIM card.

“The CCTV cameras and the new registration guidelines have helped us deal with this crime,” he said yesterday.

Police insiders say the disbanding of the Flying Squad unit in late 2019 weakened the fight against motor vehicle theft.

The unit, which at its height operated with ruthless efficiency, was mandated to, among other things, deal with cases of car theft and armed robberies.

A new unit, the Special Service Unit (SSU), was formed to take over the roles of the Flying Squad.

The new SSU unit was hived off the DCI elite department codenamed Special Crime Prevention Unit, which also had a mandate of dealing with crimes such as motor vehicle theft in the country.