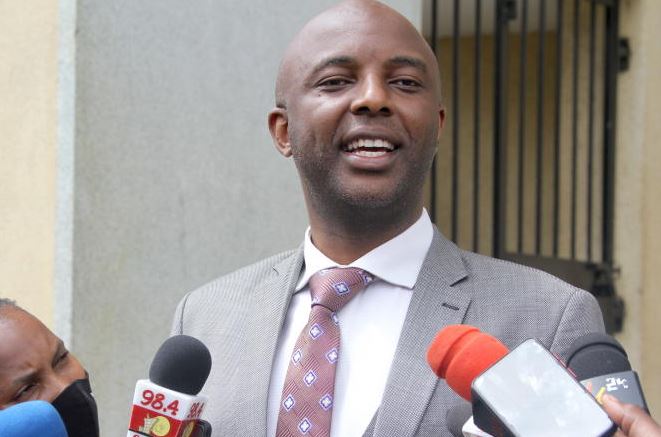 Detectives from the Serious Crime Unit at the Directorate of Criminal Investigations (DCI) have today arrested a suspect said to have been allegedly threatening Senate Majority Chief Whip Irungu Kang’ata (pictured) over his open letter to President Uhuru Kenyatta.

The Serious Crime Unit boss Obadiah Kuria told The Standard that they have been trailing the suspect after receiving a complaint from Kang’ata and managed to arrest him on Friday evening.

"It’s true we have arrested him. The suspect allegedly sent him threatening messages and we intend to investigate further before preferring charges on Monday," Kuria told The Standard on phone.

The Senator said he was happy that the suspect was apprehended to explain to detectives why he sent threatening text messages.

Kang’ata said the threats and the pressure from some government quarters made him go 'underground' and switch off his phone.

"I feared for my life. I had to switch off the phone since I did not know what awaited me, apart from the threats. I was also under undue pressure due to my decision of penning a letter to President Uhuru," he said.

The letter addressed various issues surrounding the proposed Constitution Amendment Bill 2020 where he claimed that it was unpopular in Mt Kenya region.

He also claimed that due to the government’s unpopularity, they could lose in the Nairobi Gubernatorial seat.