This follows a decision by the Court of Appeal that the Employment and Labour Relations Court illegally revoked their appointments as NLC commissioners when it lacked jurisdiction to handle a dispute relating to removal of constitutional office holders.

Judges Daniel Musinga, Gatembu Kairu and Katharumi M’inoti ruled that labour court’s mandate is limited to handling disputes between employers and employees, and that it was wrong for the judge to stop Ms Murugi and Ms Galgalo from assuming office.

“It is a sad case of assuming a wrong thing can be made right by another wrong thing. Although the issues raised about their appointments were weighty, they were misdirected to the wrong forum, which led to a wrong decision which we must quash,” ruled the judges.

The decision paved the way for Murugi and Galgalo to join the commission more than a year after their appointment.

According to the judges, the two politicians had already been nominated as NLC commissioners and any dispute over their appointments should have followed the right process of removing a constitutional office holder. 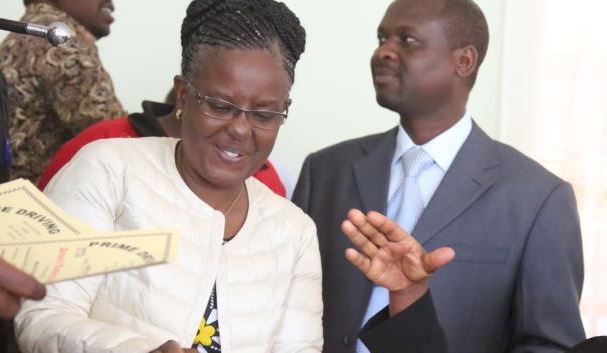 Activist Okiya Omtatah challenged Murugi’s (pictured) and Galgalo’s appointment, arguing that they were shortlisted for the position of NLC chairperson and not commissioners, and that their names were sneaked in by the selection committee after failing the chairperson’s interviews.

Justice Hellen Wasilwa subsequently quashed their appointment, ruling that their nomination flouted principles of appointment in public service and that the selection committee made a mistake by forwarding their names for vetting when they had not been interviewed for the posts.

Murugi and Galgalo appealed the decision.

Previous article
Dynamite that blew itself up
Next article
Quit now, Raila tells IEBC team as it gets Sh93m