Is black still as beautiful? Bias against dark skin here with us 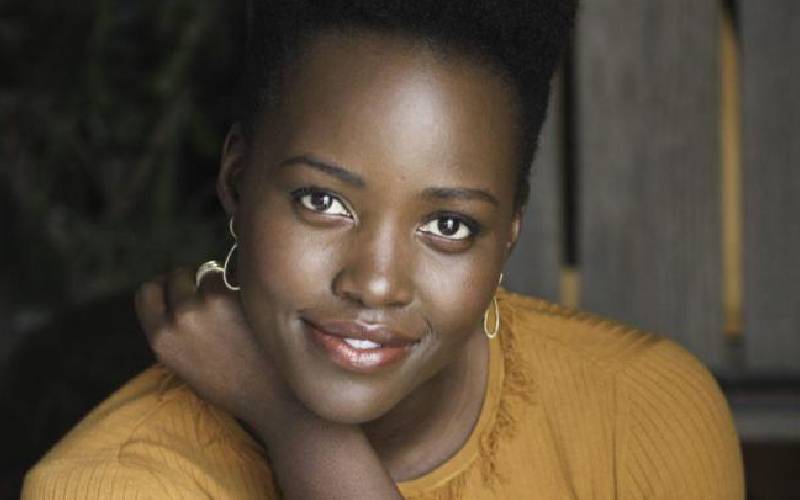 Watching internationally celebrated actress Lupita Nyongo (pictured) move gracefully on the red carpet, answering interview questions with meticulous English and insightful wit, her dark brown skin glistening in the flashing lights, you would be convinced that no one would dare refer to her as anything other than beautiful.

But that has not always been the case. Lupita, now a respected and adored performer was once bashed and belittled for her dark espresso skin tone.

Speaking ahead of the release of her children’s book Sulwe in October last year, the 37-year-old academy award winner referred to colourism as the “daughter of racism” and spoke about growing up feeling like she was “less” simply because she is dark skinned.

“Colourism, society’s preference for lighter skin is alive and well. It is not just prejudice reserved for places with a largely white population. Throughout the world, even in Kenya today, there is a popular sentiment that lighter is brighter,” wrote Lupita on Instagram.

And Kenyans are increasingly becoming conscious of colourism, which is described by the Oxford dictionary as prejudice or discrimination against individuals with a dark skin tone, typically among people of the same ethnic group.

An African mentorship group for young women and girls, Affirm consulting, training and coaching recently highlighted the persisting issue, discussing the roots of the vice on its social media accounts and speaking out about what for decades has been kept hush-hush.

“The assumption of one’s skin colour has placed lighter shades as the ‘prettier’ or ‘most wanted’ compared to darker shades. Eurocentric beauty standards that emulate lighter or whiter shades – associated as more beautiful and prosperous – has created a generation of native Kenyans who are struggling to reach impossible and unwanted beauty standards,” reads a part of the article by Affirm.

According to the lifestyle consulting organisation, years of social conditioning and systematic oppression has left a false sense of identity where wealth and racial hierarchies are vivid in every format.

It is clear that colourism is alive in our families, community and workplaces, with dark skinned women particularly being affected as they try to strike a balance in all these areas of their life.

When it comes to relationship matters, it is common that our male faction hails light skin with compliments like “yellow yellow” or “rangi ya thao”, referring to the light brown, yellow-tinted Kenyan thousand shilling note.

Nancy Njeri, an actuarial scientist based in Nairobi says that although she has never experienced direct aggression over her darker skin tone, it has been prevalent in her dating life.

“The only instance of colourism I can pinpoint in my experiences is the fact that I have always seen the men in my life preferring lighter skinned women, referring to them as more beautiful,” says Njeri.

The same rings true in experiences of women who have lightened their complexions through skin bleaching in pursuit of this misleading standard of beauty.

“I bleached my skin and I noticed quickly that everything changed since I became lighter. Men trip over themselves to get to me. The attention is staggering. Even at restaurants, I get better service. I am always treated kindly,” wrote Amanda on a popular Instagram group-discussion.

Irene Muthoni says she has been through prejudice for what she felt was the colour of her skin.

The chestnut skinned entrepreneur says that a recent grocery shopping trip to a popular mall  resulted in her being treated in a way that made her feel less than - for what looked like discrimination over her skin colour.

“I had placed all my items on the counter and was navigating through a long online banking transaction. As I worked to transfer money to finish making my payment, an Asian lady appeared in the line behind me. While I expected the attendants to ask her to go to the next cashier, they did the exact opposite,” says Muthoni.

In the office, the vice is just as prevalent, with more ebony coloured Kenyans reporting ill treatment and a lack of opportunities because of their complexion.

Journalist Yvonne Okwara has spoken candidly about colourism in the country, and more so at the workplace, revealing that she was once dismissed as too dark for television.

“I have seen the privilege that light skin has accorded others. I have seen them get away with murder, when I have been held to a higher standard. I have been expected to be smarter,” wrote Okwara on an Instagram post.

Local celebrities who have openly discussed their skin lightening have attributed it to more success not only professionally, but in relationships as well.

“Mafuta ya kutoa pimples and blemishes, karibu,” The sales women call out in the street  alleys, loosely referring to the skin lightening creams as oil that will clear skin off impurities.

According to The Guardian, colourism is global, evident in Asia and Africa as well as the United States and Latin America. In the US, it originates from the days of slavery.